Home >Israel Location > Where is Jerusalem

Where is Jerusalem, Israel?


As shown in the given location map that Jerusalem is located on the southern spur of a plateau in the Judean Mountains that also includes the Mount of Olives (East) and Mount Scopus (North East). 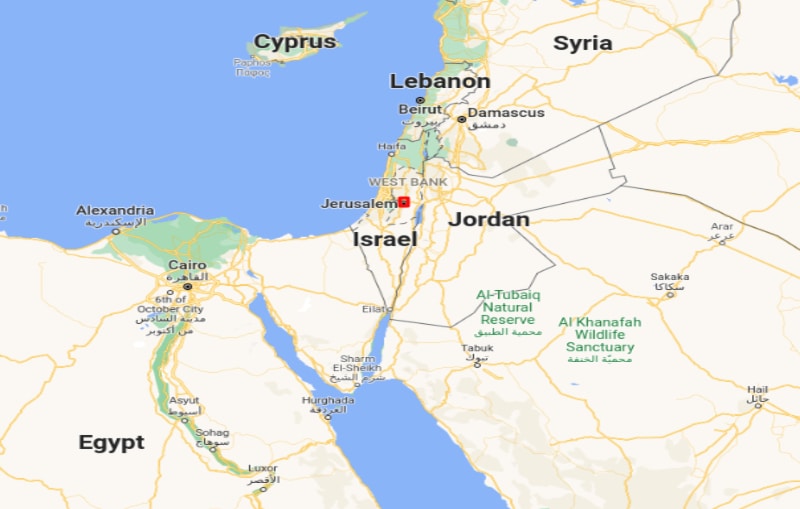 The map showing location map of Jerusalem in Israel.

Where is Jerusalem Located?

Jerusalem, seat of the Israeli government and largest city of Israel. The holy city of the Jews is sacred to Christians and Muslims as well. Jerusalem is located on a plateau in the Judean Mountains between the Dead Sea and the Mediterranean. Jerusalem is recognized as "the Holy Sanctuary", it is the capital city of Israel; however, there is debate over it because it is not recognized globally. Situated in the Judean Mountains, between the Mediterranean Sea and the northern edge of the Dead Sea, modern Jerusalem has developed and covered the area far beyond the boundaries of the Old City.

In fact, Jerusalem is a holy city to the three major Abrahamic religions Judaism, Christianity, and Islam for a long period of time. Since, this is old city so it has witnessed many wars which resulted into the destruction of city many times; however, the city has been rebuild same number of times. The old city of Jerusalem is listed as World Heritage Sites in Danger by Jordan in the year 1982.

The issue of territory between the Israel and Palestine conflict left this city as the core issue. Nevertheless, the holy city remains the important point of attraction for the tourists. The most significant point in the city for the tourists is the Jerusalem Biblical Zoo.