Where is Singapore? Location Map, Geography, Facts, Places to Visit

Singapore, officially the Republic of Singapore, is a southeast Asian city-state, Singapore lies immediately north of the Equator and is positioned off the southern edge of the Malay Peninsula between Malaysia and Indonesia. 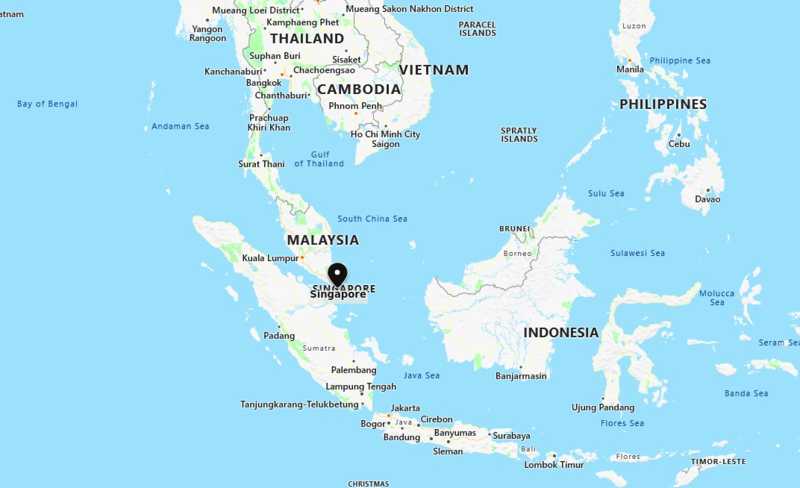 About Map: Map showing Where is Singapore located in the Map. | View Large Map of Singapore

Where is Singapore Located?

The given Singapore location map shows that Singapore is located in the South-east Asia. Singapore Map also shows that it is a very small island country located nearby the southern tip of (off coast) of Malay Peninsula. Singapore is separated by the Malaysia by the Strait of Johor in the north and Strait of Singapore separates it from Indonesia in the south.

The capital city of Singapore is Singapore. The small island nation is the world's fourth leading financial center. The country is in fact cosmopolitan world city. In addition, the Singapore port is the fifth busiest port of the world that deals the entire trade of the respective regions.

Singapore got its independence in the year 1965. The government type of Singapore is a parliamentary republic featured with a Westminster system. The political system is of unicameral parliamentary wherein government constituted of different constituencies. The economy of the country is largely depends upon exports and refining imported goods, especially in manufacturing. It alone constitutes one quarter of Singapore's GDP. Other sectors are electronics, petroleum refining, chemicals, mechanical engineering and biomedical sciences sectors.

Major Cities, Towns & Areas in Singapore as of 2019 Population

Places to Visit in Singapore:

Tourism is one of the fastest growing industries in the country. The country is one of the popular tourists destinations of the world. The casino and gambling is also point of attraction for the business and elite class tourists.