Top visited North American capital cities are Washington DC in the US, Mexico City in Mexico, Ottawa in Canada and San Jose in Costa Rica. 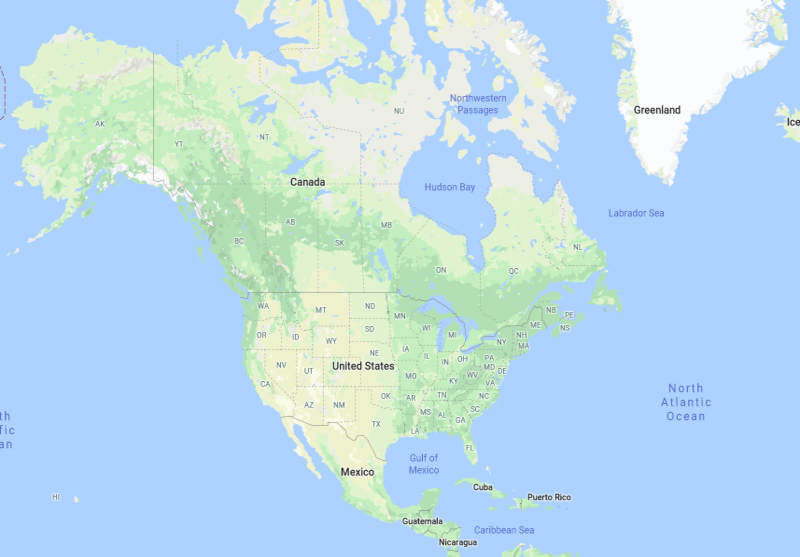 About Map: The Map showing Capitals of North American countries.

North America, which is the 3rd largest continent in the world, is home to 23 countries. 10 out of these are part of the North American mainland. The remaining 13 form a group of islands and are collectively called Carribean countries.

Two of the most populous and famous countries of North America are the United States of America (USA) and Canada. These countries contain cities that are widely-considered to be some of the best places to live in the world.

Most people are already familiar with the names of Washington DC and Ottawa, which are the capital cities of the USA and Canada respectively. These capital cities rank high on the livability index.

Mexico City, which is the capital of Mexico and also one of its largest cities, is also quite widely-known in the world. Moving south of Mexico, there are six countries forming the narrow piece of land that conntents North America to its Southern namesake. Guatemala, Belize, Honduras, El Salvador, Nicaragua, Costa Rica and Panama are located in this region.

This Isthumus is the birthplace of Mayan civilization. San Salvador, San Jose, Belmopan, Tegucigalpa and Managua the capitals located in this region. Guatemala City, the capital of Guatemala, and Panama City, the capital of Panama, are other interesting capitals in this region. Apart from that, North American countries, especially the Carribean, attract tourists from all over the world. This group of islands in the Carribean Sea, located to the east of the Gulf of Mexico, is home to many beautiful attractions. Check out the complete list of North American countries and their capital cities given below.