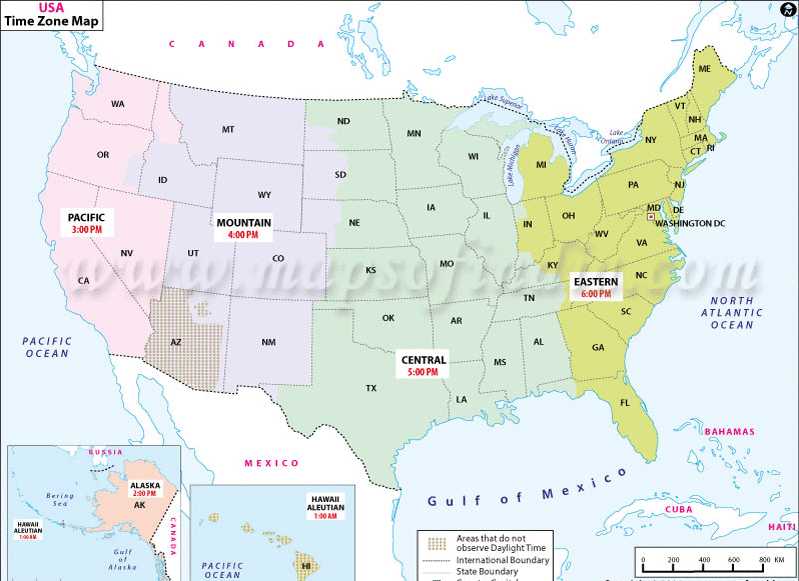 About Map - Map showing Time zones of the 50 states of United States.

By law, time in the United States (US) and its possessions is divided into nine standard time zones, with most of the United States observing the daylight saving time (DST) for the spring, summer, and fall months.

As of Department of Transportation, the Federal Register and other sources, the United States is divided into six time zones: Alaska time, Pacific time, Central time and Eastern time, Hawaii-Aleutian time, and Mountain time.

The UTC-12:00 time zone is the only one that is entirely unpopulated. It solely includes the two uninhabited islands of Baker Island and Howland Island (owned by US).

Daylight Saving Time (DST) is the practice of setting the clocks forward by one hour in the spring and set clocks back by one hour in autumn. Most of the United States begins Daylight Saving Time at 2 a.m. on the second Sunday in March and ends at 2 a.m. on the first Sunday in November. Two states don't observe daylight saving time, Arizona and Hawaii.

Location Map of US Cities
Written by Vijay | Updated on: December 02, 2022