Nevada County Map, List of Counties in Nevada with Seats

The U.S. state of Nevada is divided into 16 counties and 1 independent city. Explore the Nevada County Map, all Counties list along with their County Seats in alphabetical order and their population, areas and the date of formation. 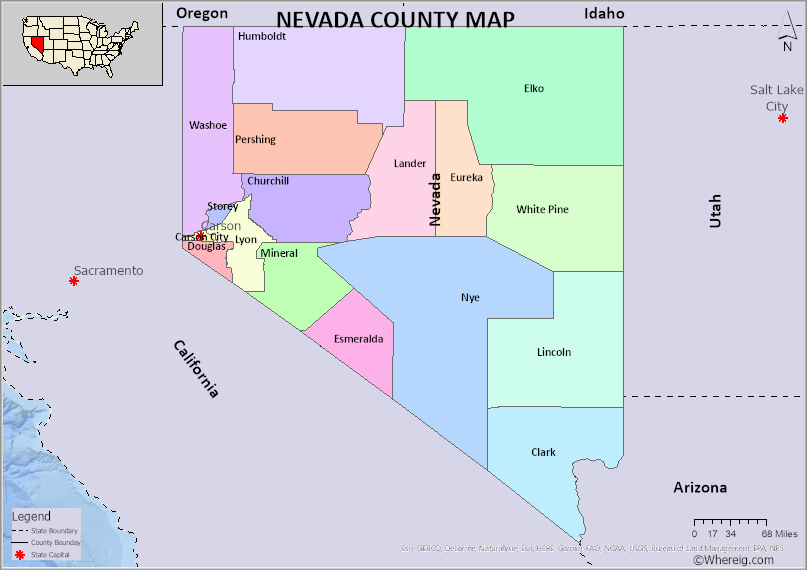 About Counties of Nevada

Nevada is one of the states of United States which is located in the Western part of the country. It is the seventh largest state by area in United States. The total area of the state is 109781 square miles. Nevada was added in the union on 31st October1864 making it as the 36th state of United States. The U.S state of Nevada shares the borders with California to the West, Utah in the east, Idaho in northeast, Oregon in the northwest, Arizona is situated in southeast. The state is ninth least densely populated state of U.S. The capital city of the state is Carson City. Carson City is in fact the independent city. The state is also called as Battle-Born State, Sagebrush State, and Silver State.

The U.S. state of Nevada has 16 counties and 1 independent city. This is list of Nevada Counties and County Seats in alphabetical order along with check their population, areas and the date of formation.