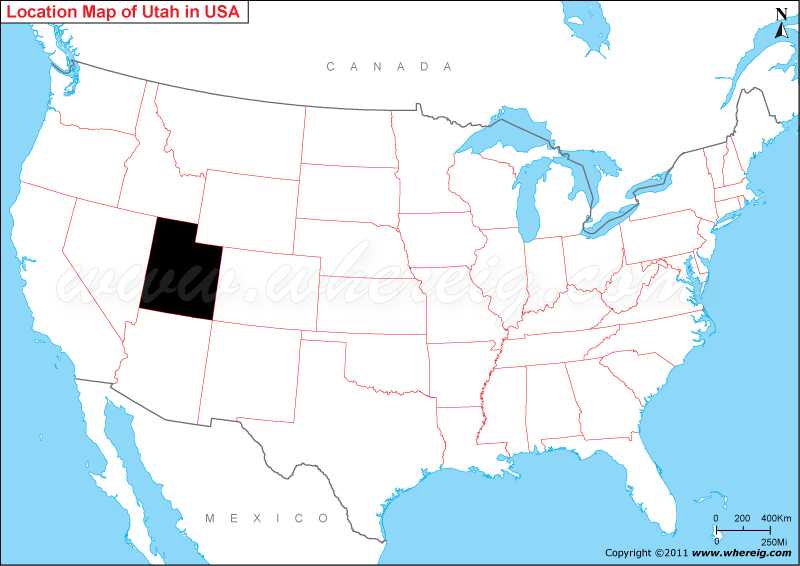 Map sjowing where is Utah located on the US map.

Where is Utah State Located?

As shown in the given Utah location map that Utah is located in the western part of the United States. Utah map also illustrates that the state shares border with Colorado in the east, Wyoming in the north-east, Idaho in the north, Nevada in the west, Arizona in the south, and New Mexico in the south-east. Utah is the 45th state that admitted in the Jurisdiction of the United States. Interestingly, the state name 'Utah' is derived from the Ute tribe language, which means people of the mountains.
The climate of state varies from semi-arid to arid. In spite of this, Utah is important tourist place. The state has several national parks with beautiful natural landscapes. Above all, the Salt Lake is also point of attraction for the tourists.
Moreover, as per the report - the state Utah is a center of information technology, transportation, research, government services, and mining. In addition, it is also the major tourist destination for outdoor recreation.