Where is Georgia State in the U.S.? 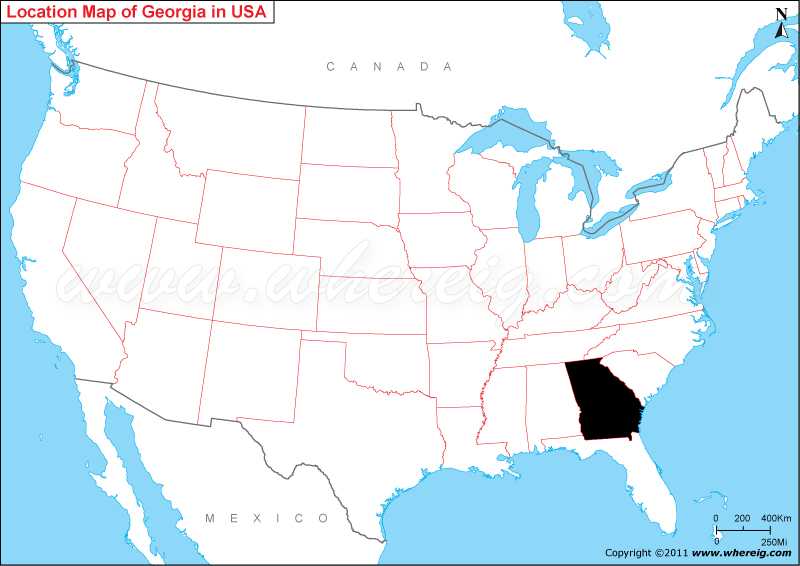 About Map: The Map showing Where is Georgia located the United States.

Where is Georgia (GA) Located?

Georgia is located in the south-eastern part of the United States. Georgia was established a long back and it is the last one of the original Thirteen Colonies and it is the fourth one that ratified the United States Constitution in the year, 1788. The interesting fact of the state is that it is more popularly known as the Peach State and the Empire State of the South. The capital city of state is Atlanta. Atlanta is the most populous city of the Georgia state US

As you can see on the map of Georgia that the state has coastline with Atlantic Ocean in the east but rest of the sides it shares boundaries with Florida in the south, Alabama in the west, North Carolina in the north and Tennessee and South Carolina lie in the north-west and north east respectively. The famous Blue Ridge Mountain lies in the north of the state.

Georgia state US has largely humid sub-tropical climate with sufficient precipitation and sunshine. The Georgia map US given here illustrates many details about the state such as the major and significant smaller cities, national and other highways, and railways. The detail Georgia map is much beneficial for the tourists, business tourists, and also for the native people to find the locations wanted.