Where is Russia Located

Home > Where is Russia 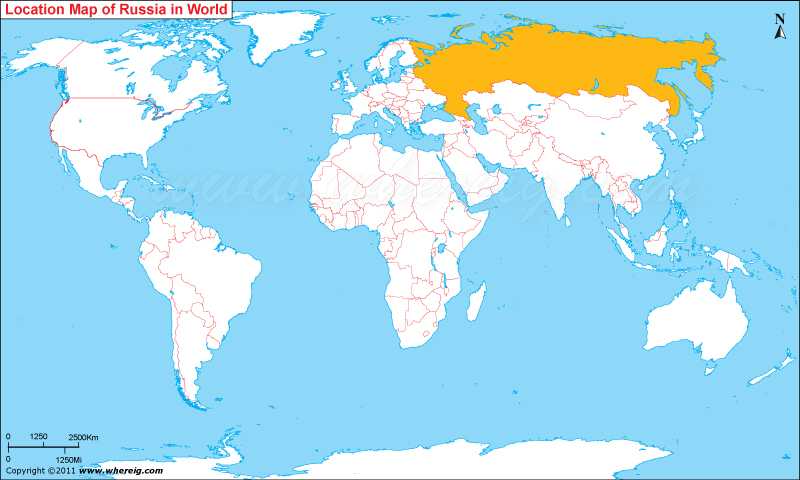 Where is Russia located on the world map?
The given Russina locaion map shows that Russia is located in the northern Eurasia. Russia map also shows that Russia is the world's largest country in terms of area. With 17 Million Sq Km area, Russia shares its international boundaries with Estonia, Latvia, Norway, Finland, Lithuania and Poland, Belarus, Ukraine, Georgia, Azerbaijan, Kazakhstan, China, Mongolia, and North Korea. Besides, it has also maritime boundary with Japan and the USA.

By virtue of being part of two continent, it coveres entire north Asia part and about 40 percent of Europe part. Due to its huge geographical extention, it has wide range of climate types. The advantages of extensive area does not end here; it has world's largest forest reserves and about one-quarter of world's fresh water lakes. Another significant mineral resources are oil, gas, coal, iron, and several other important mineral resources are traced there. Russia was the first largest socialist country that constituted as Soviet Union. However, eventually, it dissoluted into various independent states in the year 1991. Likwise, it formed from Soviet Union to Russian Federation.