Where is Helsinki, Finland?

Helsinki is the capital and largest city of Finland. The city located on the shore of the Gulf of Finland, it is the seat of the region of Uusimaa in southern Finland. It's lies between latitude 60.192059 and and longitude 24.945831. It has a population of 1,268,296. 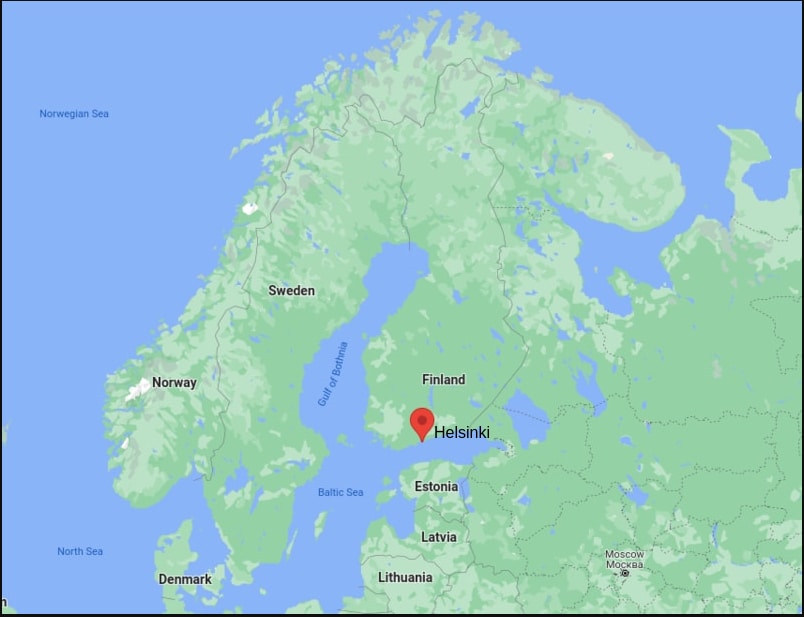 About Map: The map showing location of Helsinki in Finland.

Where is Helsinki Located?

As shown in the given Helsinki location map that Helsinki is located in southern Finland. In fact the city Helsinki is spread across a number of bays and peninsulas and also over a number of islands those are located in the Gulf of Finland and some also in Baltic Sea.

By virtue of being a capital city as well as largest city, Helsinki is the center of political, educational, financial, cultural, and commercial activities.

Surprisingly, about 70 percent MNCs operating in Finland are located in Helsinki. Interestingly, as per the report published in the year 2009 by the International Council of Societies of Industrial Design, Helsinki is chosen to be the World Design Capital for the year 2012 Moreover, Helsinki is also getting popularity among the tourists of all over the world. There are various tourists attraction in the city including parks, shopping areas, museums and many other landscapes. The largest historical museum in Helsinki is the National Museum of Finland; it has vast historical collection right from prehistoric times to the 21st century.

Places to Visit in Helsinki City