Home > Where is Finland 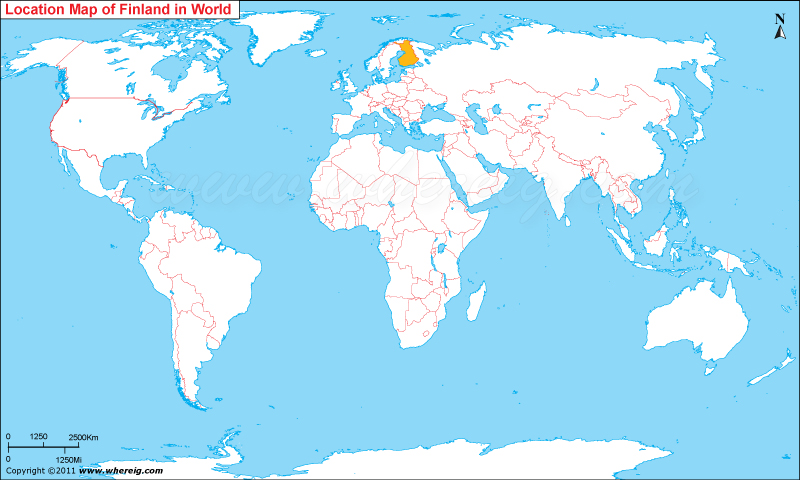 As shown on the given Finland location map that Finland is located in the northern part of Europe continent. Finland map also shows that Finland shares its international boundaries with Russian Federation in the east and Norway and Sweden in the north-west. Besides, it has long coastline in the western and southern side with Gulf of Bothnia and Gulf of Finland respectively. It is one on of the Scandinavian countries.

The government type of Finland is a parliamentary republic. The capital city of Finland is Helsinki where central government seats; however, local governments is distributed into 336 municipalities. Finland is the best example of a welfare State built with the perfect balance between the East and the West in global economics and politics. Probably, this is the reason that Finland ranked the best country in the world for the year 2010 reported by Newsweek survey after studying and analyzing health, economic dynamism, education, political environment and quality of life of the country.

The climate type of Finland is a humid and cool semi continental featured with warm summers and freezing winters. The southern region of the country has comparatively mild weather system (where most of the settlement live); whereas in the northern side cold is comparatively longer and remains frozen most of the months.