Where is Bucharest, Romania?

As shown in the given location Bucharest location map that Bucharest is located on the bank of Dambovita River in southern region of Romania. Bucharest is the largest and capital city Romania. 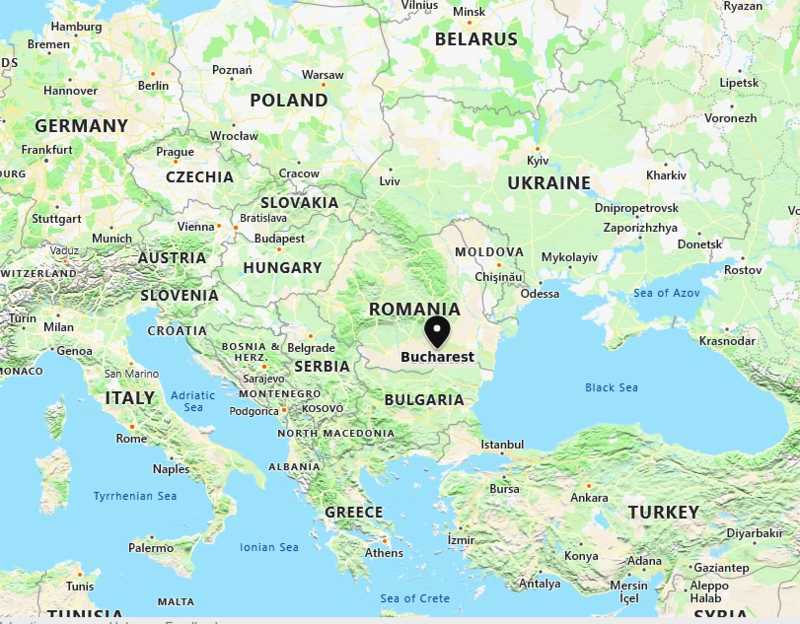 About Map: The map showing location of Bucharest in the Romania.

Where is Bucharest City Located?

Bucharest, is the capital and largest city of Romania, as well as its cultural, industrial, and financial centre. Bucharest is situated in the southeastern corner of the Romanian Plain at 44°25′57″N 26°06′14″E, on the banks of the Dâmbovița River. It is the political, financial, industrial, and cultural center of Romania. It is also known as the "Little Paris of the East" (Micul Paris) because of its beautiful and elegant architecture.
The city Bucharest was officially founded in 1459. Since that it has experience very much changes and finally in the year 1862, it became the state capital of Romania. At present, the city is major industrial center of Romania. It has very good education facility, convention facilities, cultural venues, shopping arcades, and recreational areas.
Moreover, Bucharest has various beautiful landscapes along with many parks that keep it green and clean.

Places to Visit in Bucharest, Romania