Where is London, UK?

As shown in the given London location map that London is located on Thames River in the south-east region of England, United Kingdom. London is the capital city of country England as well as United Kingdom. 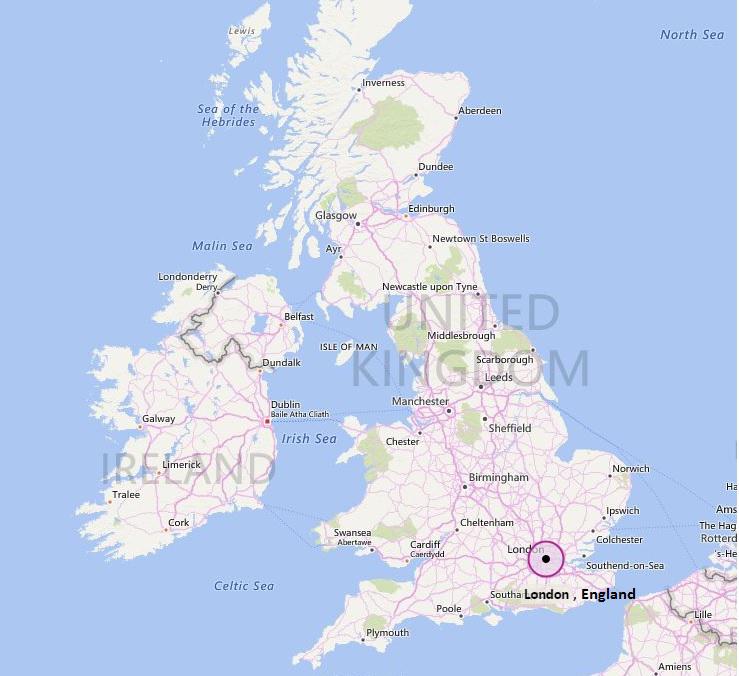 About Map: The map showing location map of London in the United Kingdom.

Where is London Located?

London is the capital and largest city of England and the United Kingdom. It is the largest metropolitan area of United Kingdom and also largest urban region in the entire European Union. Furthermore, London is a global city that leads in terms including finance, arts, commerce, education, entertainment, fashion, healthcare, media, professional services, research and development, tourism.

As per the report, London is the city that receives the most international visitors of any city in the world. Heathrow Airport situated in London is the world's busiest airport in terms of number of international passengers. Besides, London with 43 universities considered as the largest concentration of higher education institutions in Europe.

Surprisingly, London has a wide range of people, religions, and cultures. More than 300 languages are spoken in London. Moreover, the most popular tourist's destination in London are the Tower of London; Kew Gardens; the site comprising the Palace of Westminster, Westminster Abbey and St. Margaret's Church (these four are enlisted as World Heritage Sites in London). Besides, other places of interests are the historic settlement of Greenwich (in which the Royal Observatory marks the Greenwich Meridian, Buckingham Palace, the London Eye, 30 St Mary Axe ("The Gherkin"), St Paul's Cathedral, Piccadilly Circus, Tower Bridge and Trafalgar Square. Apart from this, London is home to numerous museums, libraries, galleries, sporting events.

Places to Visit in London City