Map of Europe - Europe Comprising 50 countries, Europe is the world's second-smallest continent by surface area. It is the wealthiest continent in the world, and it is regarded as the birthplace of western civilization. Europe has a rich cultural and historical heritage. 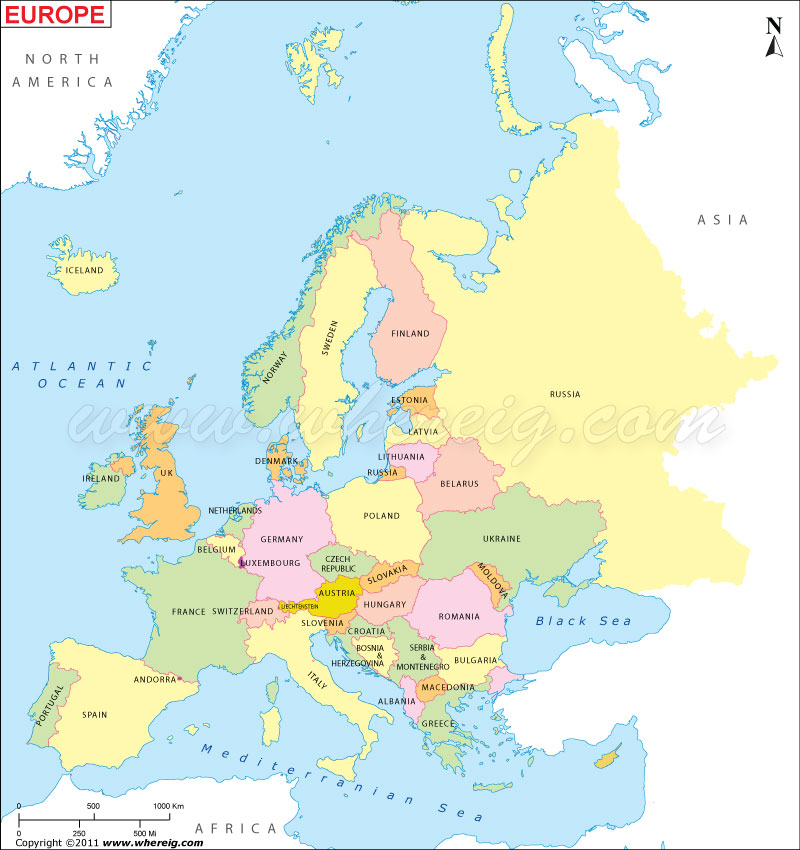 About Map of Europe

The European continent contains many countries of diverse backgrounds and cultures. Europe, in particular ancient Greece, is the birthplace of Western culture. It played a predominant role in global affairs from the 16th century onward, especially after the beginning of colonialism.

Europe forms the westernmost part of Eurasia. It has been a continent of great diversity and rich cultures, which have witnessed numerous cultural innovations and movements.

The third largest continent is home to many picturesque countries like Germany, Switzerland, Italy etc.

Map of Europe shows that Europe is a collection of connected peninsulas. Ural mountains, Caucasus Mountains, Carpathian Mountains, Alps are some of the mountain ranges of this continent. Map of Europe also shows the numerous islands of Europe like Iceland, Great Britain, and Sicily etc.

There are fifty internationally recognized sovereign states in Europe of which 44 have their capital city within Europe. Germany, France, Great Britain, Sweden, Scandinavia, are some of the major European countries. Germany is the country that is surrounded by the most countries (nine). The countries are Switzerland, Poland, Netherlands, Luxembourg, France, Denmark, Czech Republic, Belgium, and Austria.

Europe is the world's second-smallest continent by surface area, covering about 3,930,000 square miles Of Europe's approximately 50 states, Russia is the largest by both area and population, while the Vatican City is the smallest Europe is the third-most populous continent after Asia and Africa, with a population of 733 million (11% of the world's population)