Where is United Kingdom (UK)? 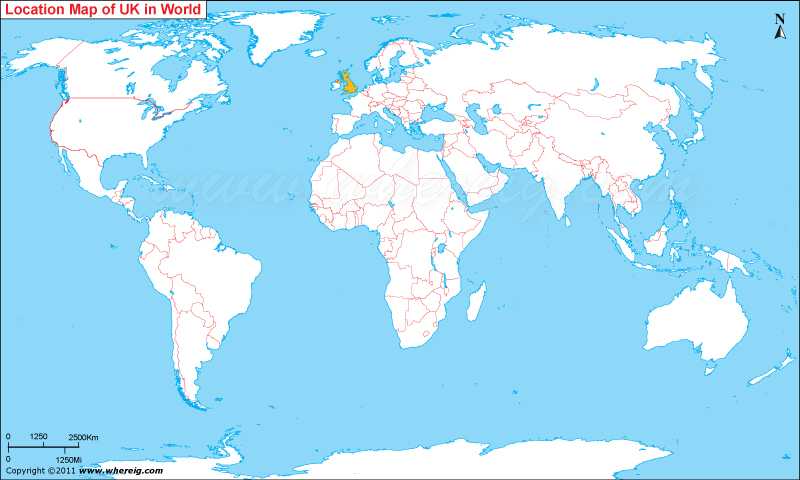 Where is UK Located?

The given United Kingdom location map shows that United Kingdom is located in the off coast of Western Europe. UK map shows that it is an archipelago that includes Great Britain, northern part of Ireland and numerous smaller islands in the nearby vicinity. The country has maritime boundaries with nearby countries including France, Belgium, Netherlands, Denmark, and Norway; however, it has international boundary with only country that is Ireland. Ireland itself is an Island country and UK has sovereignty over the Northern Ireland. UK is separated by France by English Channel and North Sea lies east of UK and Irish Sea lies between Great Britain and Ireland.

The capital city of UK is London located in the south-eatern part of Great Britain. The government type of United Kingdom is a constitutional monarchy and unitary state. However, it is governed by the Parliamentry system. The Prime Minister is the head of governemnt. Politically, it is a country that comprises four countries i.e. England, Scotland, Wales, and Northern Ireland. It is a permanent member of the United Nations Security Council, and a member of the Commonwealth of Nations, European Union, G8, G20, NATO, OECD, the Council of Europe and the World Trade Organization.

Interestinlgy, the UK is first industrilized country of the world. At present, it is quite developed country and its economy is the sixth largest economy by nominal GDP and eighth largest economy by purchasing power parity in the world. The country has very resourceful in terms of cultural, military, scientific and also political influence. Moreover, UK is a recognised nuclear weapons state. Its military expenditure ranks third in the world; however, by some other people it is also calculated as 4th rank in the world.

Places to See in United Kingdom: