Where is Switzerland Located in World Map 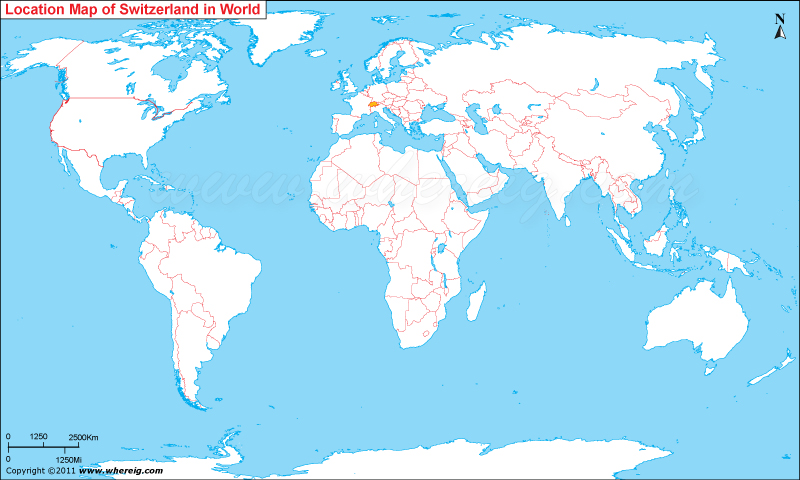 About Map: The map showing location of Switzerland in the World Map.

Where is Switzerland Located?

Switzerland officially the Swiss Confederation, is a landlocked country located in central Europe. It's mountainous country between France and Italy. It is also bordered by Austria, Germany, and Liechtenstein. The climate type of Switzerland is largely temperate but it varies from snowfall regions to Mediterranean climate because of the altitudes of the country.

Though, the capital city of the country is Berne but Zurich and Geneva the two cities of Switzerland are the global cities because of the economic activities and industrialization. In addition, Geneva homes the headquarters of some of the top international organizations and also the top venue for the international meetings of political leaders as well as business tycoons. Above all, these two cities Zurich and Geneva are the world's number second and third ranked cities in terms of highest quality of life respectively.

Moreover, Switzerland is one of the richest countries of the world in terms of per capita gross domestic product because Switzerland has a stable, modern and one of the most capitalist economy systems in the world. The significant industries of the country are Chemicals, health and pharmaceutical, banking, musical instruments, measuring instruments, real estate, insurance, and tourism. And, some of the important companies are Glencore, Nestle, Hoffmann-La Roche, Novartis, The Swatch Group, ABB and Adecco.

The city of Bern is the de facto capital of Switzerland.

Information and Facts about Switzerland

Best Places to Visit in the Switzerland