Virginia County Map, List of Counties in Virginia with Seats

The U.S. state of Virginia is divided into 95 Counties. Explore the Virginia County Map, all Counties list along with their County Seats in alphabetical order and their population, areas and the date of formation. 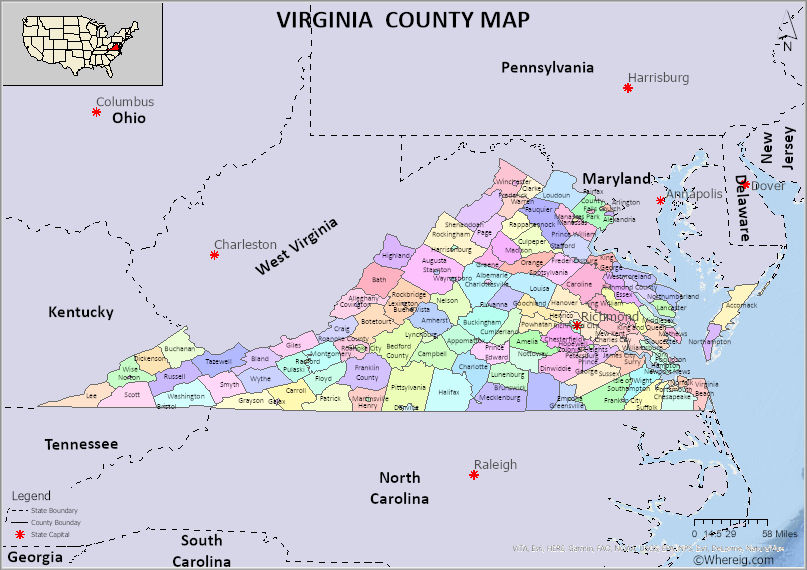 About Counties of Virginia

U.S state of Virginia is officially known as the Commonwealth of Virginia. The state is located in the Mid-Atlantic and south eastern part of the country. The capital city of the commonwealth of Virginia is Richmond. The state was one of the thirteen colonies of United States. Virginia was the initially the first permanent settlement. The state also is known as the birth place of a nation because the first English settlement took place in Virginia. Virginia also served the nation by providing a lot of presidents. Hence it is called as the Mother of Presidents.

The U.S. state of Virginia has 95 Counties. This is list of Virginia Counties and County Seats in alphabetical order along with check their population, areas and the date of formation.