Tennessee Location in US MAP 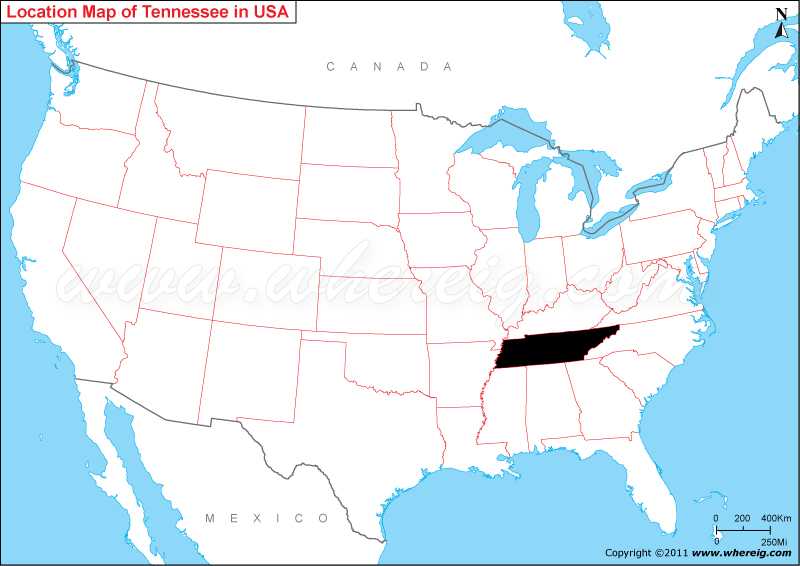 Know Where is Tennessee located on the US map.


Where is Tennessee Located?

As shown in the given Tennessee location map that Tennessee is located in the south-eastern region of the United States. Tennessee map also shows that it shares its border with Kentucky in the north, Missouri in the north-west, Arkansas in the south-west, Mississippi, Alabama, and Georgia in the south, North Carolina in the east, and Virginia in the north-east.
Geographically, the Appalachian Mountains greatly cover the eastern part of the state; on the contrary, the Mississippi River makes the state's western border. The capital city of Tennessee is Nashville; however, the largest city of the state is Memphis.
The state’s significant industries are agriculture, manufacturing, and tourism; likewise, the state exports chemicals, electrical equipment, and transportation equipment. Furthermore, in the humid subtropical type of climate, the major agriculture products are soybeans, poultry, and cattle.
Major cities of Tennessee are – Chattanooga, Clarksville, Knoxville, Memphis, Murfreesboro, and Nashville.