Where is Delaware (DE)?

Delaware is one of the 50 states of the United States, It is located in the Mid-Atlantic region. It lies in the south and west by Maryland state, north by Pennsylvania state, and east by New Jersey state & the Atlantic Ocean. 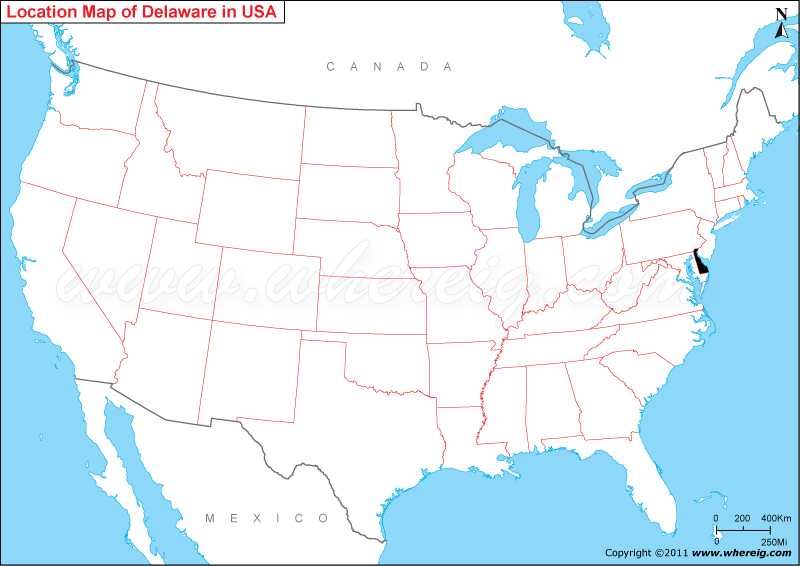 About Map: The Map showing Where is Delaware located the United States.

Where is Delaware State Located?

The name of state is derived from Thomas West 3rd Baron De La Warr, a British nobleman and Virginia's foremost colonial governor, after whom as it is now known as; otherwise, it was originally Cape Henlopen. The Delaware USA is second smallest state in terms of area after Rhode Island.

The Delaware state map is of course small but surprisingly, the state ranks second in terms of civilian scientists and engineers as percentage of the employees and number of patents issued to companies or individuals per thousand workers. Not only this, the tiny state has had history of its evolution; interestingly, it was one of the 13th state that participated in the 4th July US Independence declaration in 1776. Above all, on 7th December 1787, it became the first state to ratify the Constitution of the United States; this is the reason that it is known as The First State. For the detail information, you can check out the Delaware state Map that clearly visualize the important cities including capital city i.e. Dover of the state, highways, railway etc.