Sanibel is an island and city in Lee County in southwestern Florida, U.S., about 20 miles (30 km) southwest of Fort Myers. 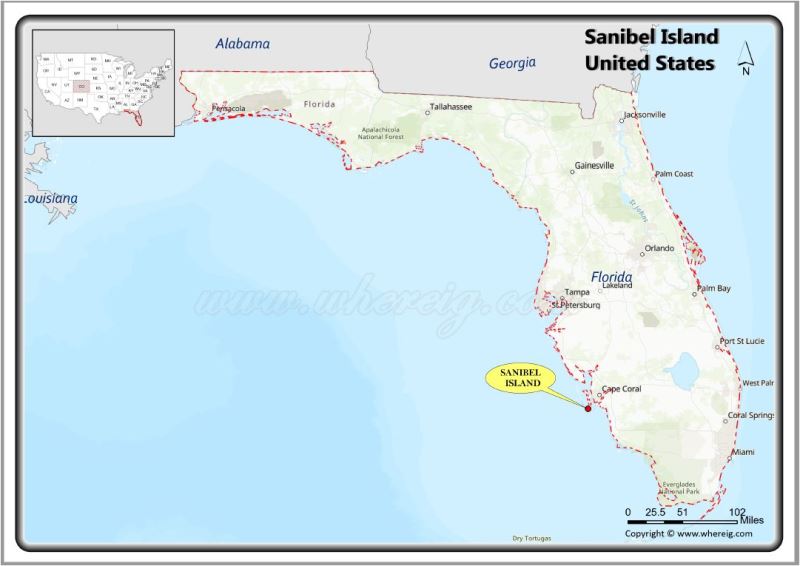 Where is Sanibel Island Located?

Sanibel Island, located along the Gulf of Mexico, west of Fort Myers, Florida. Sanibel Island is a city incorporated in the year 1974 and located in Lee County, Florida, United States. It is a type of barrier island which means that it has a dune system with flat or lumpy areas of sand that forms due to wave and tidal action. The east end of the island has proper cities and approximately half of the island is made up of wildlife refuges. The island is a very popular destination for tourists because of wildlife refuges and shell beaches. J. N. "Ding" Darling National Wildlife Refuge is the largest wildlife refuge located on Sanibel Island. Wanting to know more about Sanibel Island then you are at the right place.

Know all about Sanibel Island

Best Things to Do in Sanibel Island: