Where is Key West, Florida

Key West is an island in the Straits of Florida, located in the southern tip of the State of Florida. 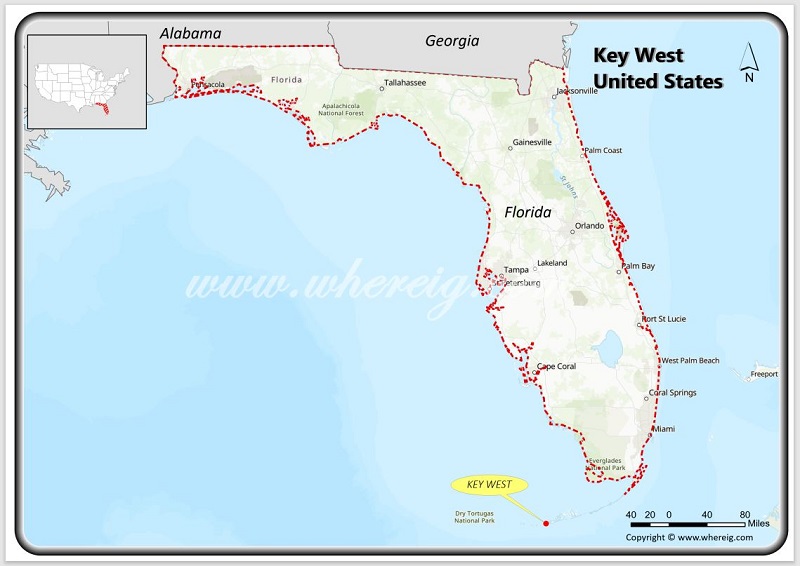 Where is Key West Located?

Key West is an island located within the U.S. state of Florida. Dredgers Key, Sunset Key, Fleming Key and the northern part of Stock Island all constitute this island. Key West a chain of small, coral islands, located at located at the end of the Florida Keys in the southern tip of Florida. Talking about its dimensions, it is about 1 mile (2 km) wide, 4 miles (6 kilometres) long and has a total area of 4.2 square miles. Key West has a tropical climate with a two-season dry and wet climate. Solares Hill is the highest point of the island which is 18 ft (5.5 m) above sea level. Here are some facts you must know about Key West:

Best Thing to do in Key West