Where is Sydney Located, Australia?

As shown in the given Sydney location map that Sydney is located at the coast of Tasman Sea in the south-east region of Australia. 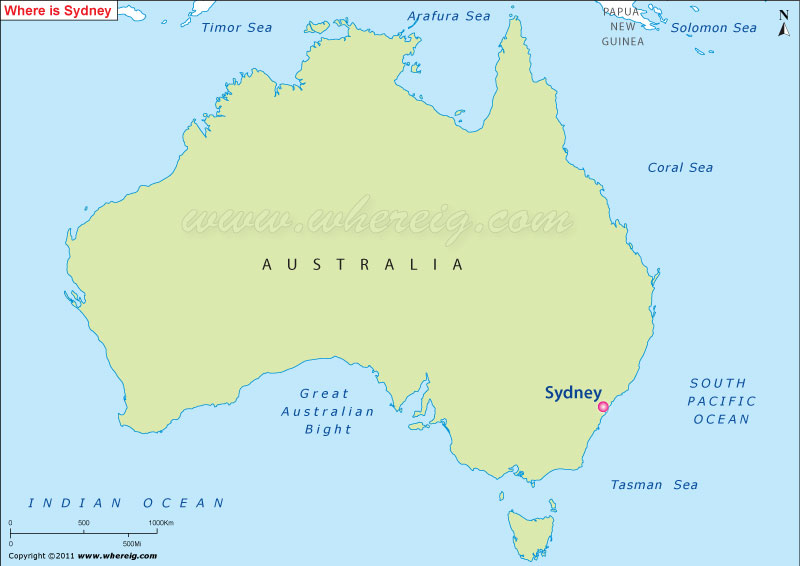 About Map: Map Showing Location of Sydney in the Australia.

Where is Sydney Located?

Sydney is the capital city of New South Wales state of Australia and the residents of Sydney are known as Sydneysiders. Primarily, the city was established by Arthur Phillip in the year 1788 at the Sydney Cove. In fact, city is built on hills nearby Port Jackson that is popularly known as Sydney Harbor. By virtue of this location, the Sydney Opera House and Harbor Bridge are built there; these two are the landmarks of the city. Furthermore, the hinterland of the metropolitan area is surrounded by national parks.

The city has some of the beautiful beaches that fascinate tourists from all over the world. Besides, the city parks and Botanical gardens enrich the city environment. In addition, Sydney has a status of an international centre for commerce, arts, fashion, culture, entertainment, music, education and tourism collectively making it one of GaWC's Alpha + world cities. Sydney is also ranked among the top 10 most livable cities in the world by Mercer Human Resource Consulting and The Economist.

Distance From Sydney to Other cities

Places to Visit in Sydney