Where is Norfolk Island Located? 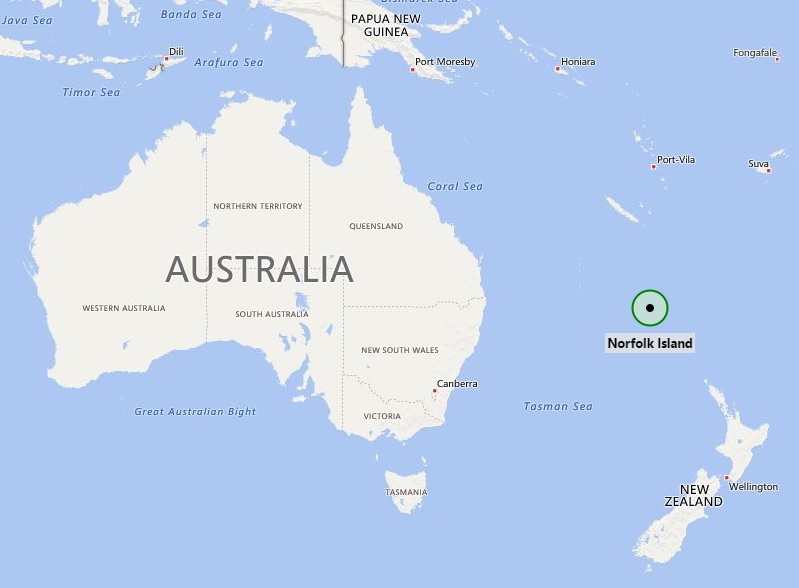 It is a group of Islands; among them Norfolk Island is the largest island. The climate of Norfolk is subtropical and mild, with very little seasonal differences.
Though, the region is self-governing territory; however, Australia largely controls the governance system of the territory. It is the part of the Commonwealth of Australia with some greater degrees of governing power.
The territory’s economy is largely depends upon the tourism. Interestingly, the citizens of Norfolk Island do not need to pay Australian federal taxes; it creates a tax haven for local inhabitants and visitors as well. In the region, there is no provision of income tax. However, the territory’s legislative assembly raises revenue by an import duty, fuel levy, Medicare levy, and local/international phone calls.