Where is Pitcairn Islands Located? 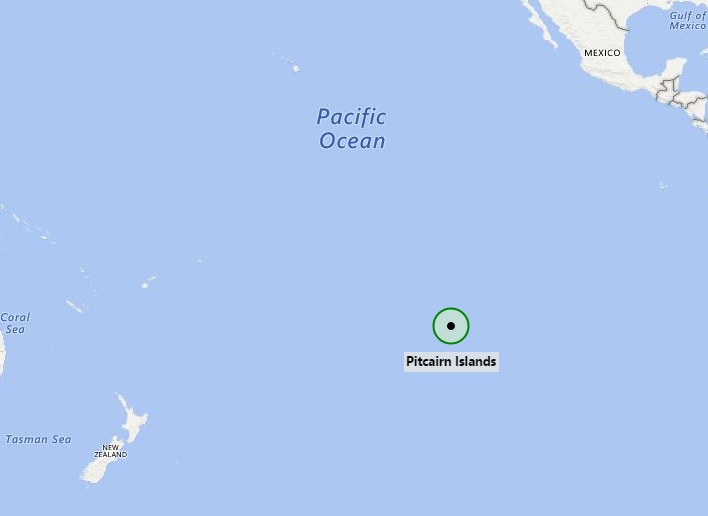 Pitcairn Islands map shows that it is a group of four islands i.e. Pitcairn, Henderson, Ducie, and Oeno and altogether constitute the British Overseas Territory Pitcairn Islands. The capital city of the region is Adamstown.
The group of islands is more popularly known as the home of the descendants of the Bounty mutineers and the Tahitians. However, the region has hardly 50 inhabitants.
The economy of the territory is largely dependent upon the agriculture; the important produces are bananas, papaya, pineapples, mangoes, breadfruit, coconuts, avocadoes, watermelons, rockmelons, passionfruit, and citrus (i.e. oranges, mandarins, grapefruit, lemons and limes). Some of the importatn vegetables are sweet potatoes, carrots, sweet corn, taro, yams, tomatoes, beans, and peas.