Where is Tokelau Located? 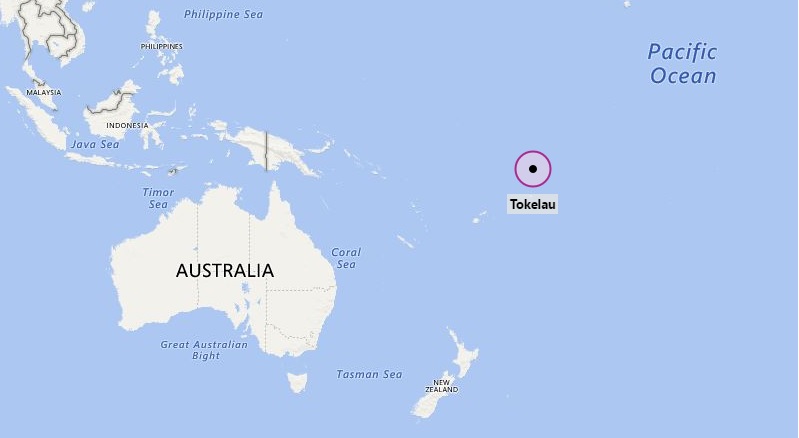 About Map: Map showing Location of Tokelau in the Oceania Continent.
Where is Tokelau located on the world map? The given Tokelau location map shows that Tokelau is located in the South Pacific Ocean.

Tokelau is constituted of three tropical coral atolls. So, the Tokelau map also illustrates that it is lying nearby Samoan Islands, Tuvalu, and Phoenix Islands.
The government type of Tokelau is a parliamentary representative democratic dependency. However, the head of state is Queen Elizabeth in right of her Commonwealth realm of New Zealand.
The economy of Tokelau depends upon small scale industries and agriculture. Besides, the region is also financially supported by New Zealand.