Where is American Samoa Located? 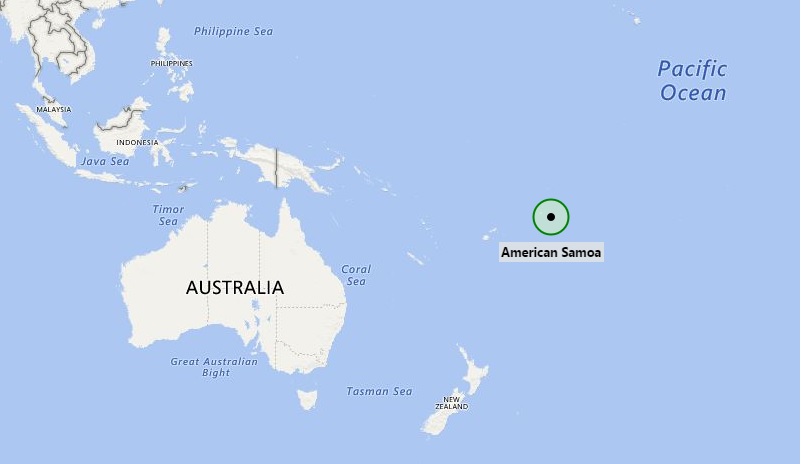 About Map: Map showing location of American Samoa.
American Samoa a group of islands in the South Pacific Ocean, about half way between Hawaii and New Zealand.

The main (largest and most populous) island is Tutuila, with the Manua Islands, Rose Atoll, and Swains Island also included in the territory. Fire dance is a traditional dance. American Samoa is the southernmost territory of the United States.In total there are 24 cities. The beautiful city of Pago Pago (the capital), has a magnificent harbor ringed by densely forested mountains. The outer islands are widely considered some of the most beautiful in the South Pacific