Where is Cook Islands? 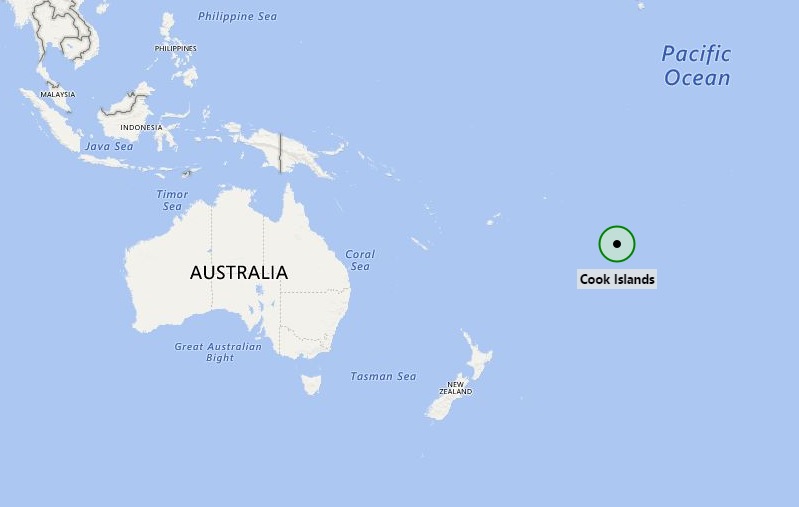 About Map: Map showing location of Cook Islands in the Oceania.

Where is Cook Islands Located?

Cook Islands map also shows that the region is a group of Islands which earlier were under the sovereignty of New Zealand but in the year 1992 it got its independence and most of the ministries now governed by local rulers.

The main source of revenue of the country is tourism. The islands have mild climate and several picturesque landscapes that attract tourists across the world. Thousands of tourists from different part of the world visit these islands every year. The other source of county's income is offshore banking, pearls, marine, and fruit exports.

Places to see in Cook Islands: