Where is Kiribati Located?

Kiribati officially the Republic of Kiribati, is a country located in the central Pacific Ocean. 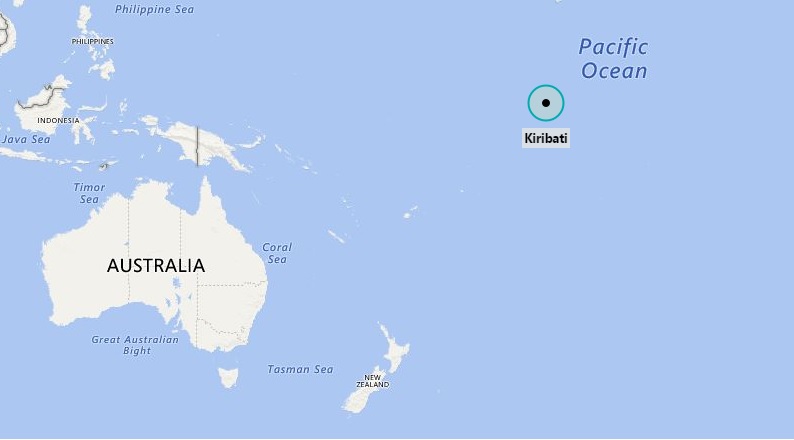 About Map: Map showing location of Kiribati in the Oceania.

Where is Kiribati Located?

Kiribati is located in the South Pacific Ocean.

Kiribati map also shows that Kiribati is a group of coral islands where there are more than 30 atolls and 1 coral island spread in the area of about 3.5 million square kilometers.
Interestingly, the name Kiribati has the local pronunciation i.e. "Gilberts", taken from the main island chain, the Gilbert Islands. Kiribati got its independence from the United Kingdom in the year 1979. Since then, it is a member of the Commonwealth of Nations. Besides, it is also member of the IMF and the World Bank, and also became a full member of the United Nations in the year 1999.

The government type of Kiribati is Parliamentary Democracy where President is use to be the head of the government elected through the popular vote for four year-term.

Moreover, Kiribati tourism is growing fast and also contributing about one-fifth to the revenue. Besides, country gets large chunk of financial aid from the nearby countries including Australia, New Zealand and Japan.

Places to see in Kiribati: