Where is New Hampshire? 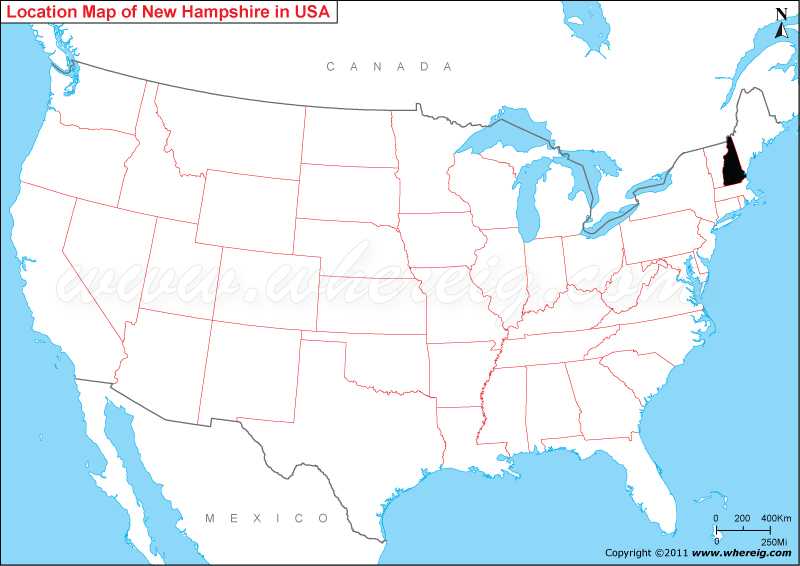 Map showing location of New Hampshire on the US map.


Where is New Hampshire Located?

It is one of the oldest regions that adopted as state. It has been incorporated as state in the year 1788; likewise, it became the ninth state to ratify the United States Constitution. Furthermore, New Hampshire was the first U.S. state who owned its own state constitution. The nickname of New Hampshire is The Granite State, because of its geology and its tradition of self-sufficiency.

The capital city of New Hampshire is Concord, whereas the largest city is Manchester. Interestingly, it has neither general sales tax, nor personal income (other than interest and dividends); however, taxed at either the state or local level. Above all, its license plates carry the state motto: Live Free or Die.

Moreover, in the humid continental climate, New Hampshire offers various recreational activities include snowmobiling, skiing, and other winter sports, mountaineering and hiking, observing the fall foliage, summer cottages along many lakes and the seacoast, motor sports at the New Hampshire Motor Speedway, and Motorcycle Week, a popular motorcycle rally that use to taken place in Weirs Beach nearby Laconia in June.