World Map, Map of the World, World Map With Countries

Explore World Political Map - World Map is a representation of the surface of the Earth. The Map of the World showing names of all the Countries in the World along with their political boundries, geographic location and water bodies. Asia is the largest continent in the world both in terms of size and population.

World Map - A Map of the World with Country Names Labeled 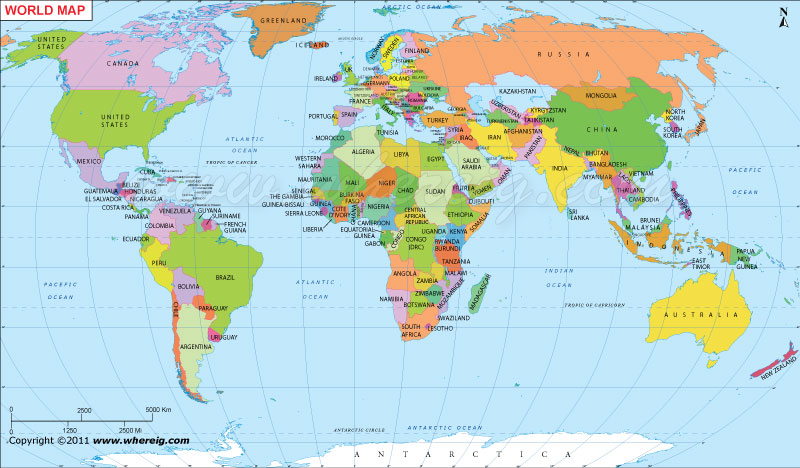 About Map: The World Map showing 197 countries in the World along with their international boundary and water bodies.

A World Map is a map of all of the surface of the Earth. The World Map is a graphical representation of the Real world. The World Map presents a lot of information about the world in a simplified and visual way. It indicates the land and the seas of earth. The world map shows continents and the countries, which are part and parcel of continents, transcontinental countries, independent and dependent territories, oceans and seas, large and Small islands and everything that exists in the world. The world map also indicates the network of lines, which represent meridians and parallels, the geographic coordinate system.

Continents Of The World

In the discipline of Geography, "Continent" means one of the major land masses. A continent is the Earth`s main division of land. Continent can be defined as the large land mass, which is separated from other landmasses by oceans.The Earth has seven continents. They are Asia, Africa, North America, South America, Antarctica, Europe and Australia. Among the seven continents, Asia is the biggest continent, while Australia is the smallest.

Seven Continents of the World

How many countries are there in the World?

As per the International Monetary Fund, it has 237 countries on its list. The list does not state whether the countries are independent countries or countries without sovereignty or territories if they are independent or dependent. However, the list says that it has the number of countries stated above.

What are Dependent Territories?

The ocean is a massive body of salt water which covers around 71 percent of Earth's surface. There are five oceans in the world namely Pacific, Atlantic, Indian, Southern Antarctic and Arctic. The Pacific is the biggest ocean in the world while the Arctic is the smallest of all.

Atlantic Ocean: The Atlantic Ocean is the second largest one among the five oceans of the world. It has an area of 106,460,000 square kilometres approximately. It is believed that the Atlantic Ocean drives our weather patterns, which includes hurricanes. It is the home to numerous species. The ocean separates the continents of Europe and Africa to the east from those of North and South America to the west. There are a number of countries that border the Atlantic Ocean.

Oceans of the World

List of Countries in the World in Alphabetical Order

Click on any Country for its Location Map and Info.

Largest Seas in the World

Geography of the World

Geography is essentially the study of the planet and the establishment of comparative relationships in order to analyses the diversity present across geographically distinct areas of the world. Each region enhances the other. Similarly, world geography is responsible for constructing a net of different regions with their unique characteristics and forming the world's unified character, with the condition that each region is dependent on its specific allocation of Earth.

The Earth is the third planet from the Sun and the only known astronomical object to sustain life. While there is a lot of water all over the Solar System, only Earth has liquid surface water. The oceans cover around 71% of Earth's surface, dwarfing its lakes, rivers, and polar ice. Land, which consists of continents and islands, makes up the remaining 29% of the surface of the Earth. Mountain ranges, volcanoes, and earthquakes are all results of the interaction between the several slowly moving tectonic plates that make up the Earth's surface layer. The magnetic field that forms Earth's magnetosphere and deflects harmful solar winds is produced by the liquid outer core of the planet. The ellipsoid shape of Earth has a circumference of around 40,000 km. It is the solar system's densest planet.

Our world is always spinning at a speed of one thousand miles per hour. We are orbiting the sun at 20 miles per second. We, and our entire galaxy, are speeding through space at over a million miles per hour. Our world's surface is also moving and changing. How has the Earth's surface changed over time? Look at some of these incredible facts. 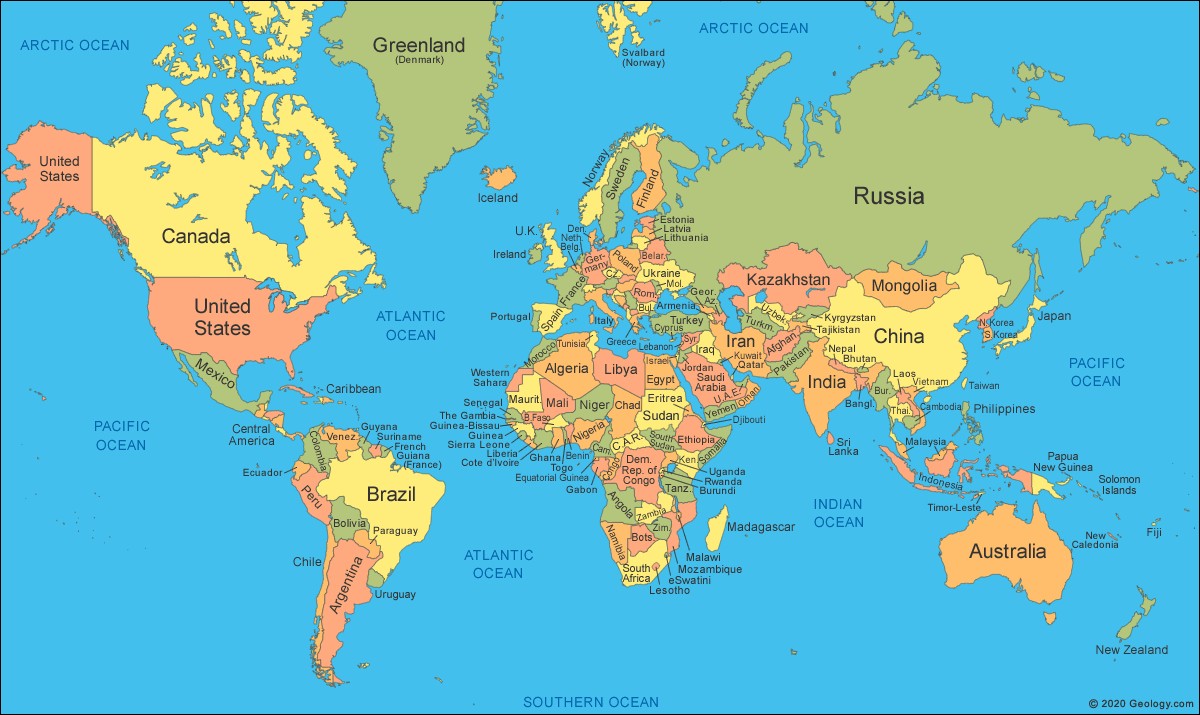