Where is Cote d'Ivoire? 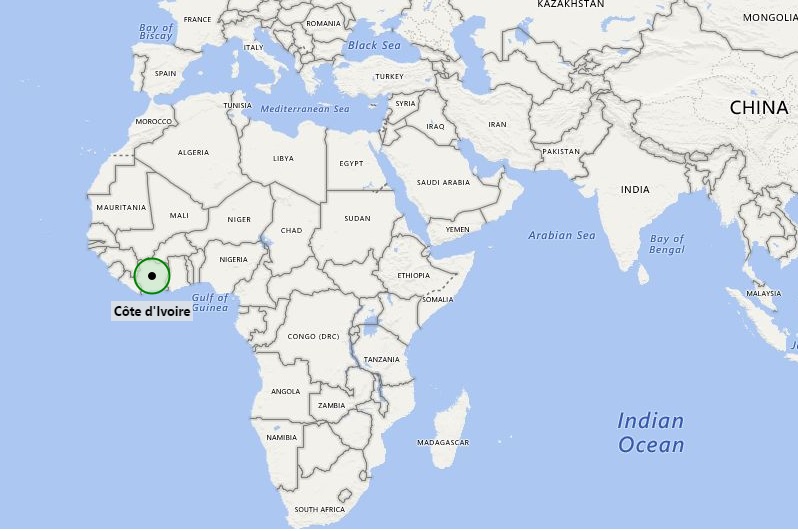 Cote d'Ivoire was a French colony and only in the year 1960 it became independent. However, from 1960 to 1993, Cote d'Ivoire was led by Félix Houphouet-Boigny that has close political and economic association with West African neighbors and also with France. However, after the civil war, collapsed the earlier system; at present, the government type of Cote d'Ivoire is a republic, in which president has strong executive power. The capital city of country is Yamoussoukro but the largest city is the port city Abidjan.

The official language of the country is French, nevertheless, there are several local languages used by the native people. For example Baoule, Anyin, Dioula, Dan, and Cebaara Senufo.
Largely, the countrys economy is depends upon production and the export of coffee and cocoa. Hence, country has agriculture economy.