Home >Africa Map > Where is Guinea 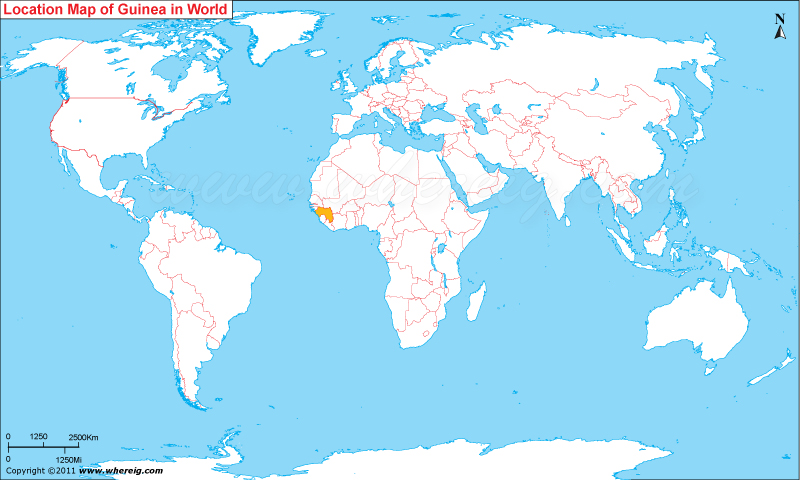 About Map: Map showing where is Guinea located in the World.

Where is Guinea located on the world map?

It is shown on the location map of Guinea that Guinea is located in the western part of the Africa continent.
It has had many names, for instance formerly it was popularly known as French Guinea and even at present it is also known Guinea-Conakry in order to distinguish from the neighbor country Guinea-Bissau. Conakry is the capital and largest city of the country.

Surprisingly, Guinea is very rich in terms of natural resources. The significant natural resources reserves in the country are bauxite, diamonds, gold, and many other metals; though, currently Bauxite and alumina are only major exports. Not only this, Guinea has huge potential for hydroelectric power.
However, agriculture keeps important place in the country by employing about 80% of the nation's labor force. Likewise, important agriculture activities are processing plants for beer, juices, soft drinks and tobacco. Earlier Guinea was a leading exporter of bananas, coffee, pineapples, peanuts, and palm oil.