Home >Africa Map > Where is Algeria 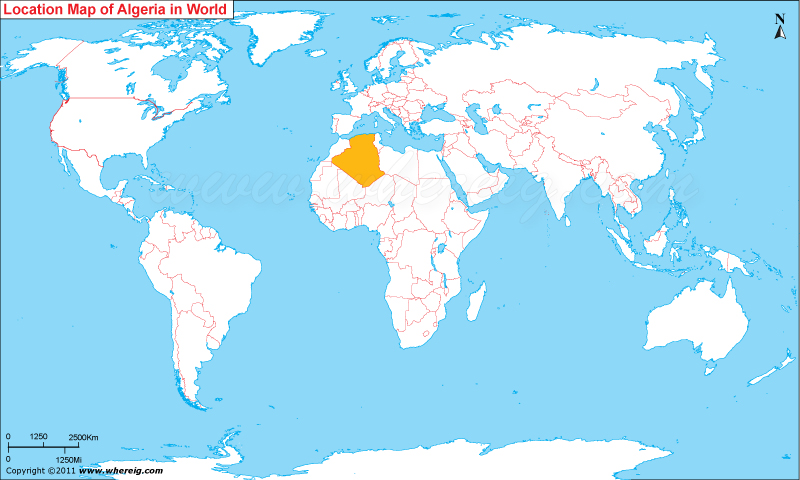 Map showing location of Algeria in the World Map.
Algeria officially the People's Democratic Republic of Algeria is a country in North Africa. In terms of land area, it is the largest country on the Mediterranean Sea, the second largest on the African continent after Sudan, and the eleventh-largest country in the world .Algeria is bordered in the northeast by Tunisia, in the east by Libya, in the west by Morocco. The capital of Algeria is Algiers. The name of the country is derived from the city of Algiers.5 Major Cities of Algeria are Algiers, Oran, Bijaya, Constantine, Setif.Seven Algerian sites in the World Heritage List: Al Qal'a of Beni Hammad, Djemila, M Zab Valley, Tassili n Ajjer, Timgad, Tipasa, and the Kasbah of Algiers.
Some more sites are as follow: