Home >Africa Map > Where is Eritrea 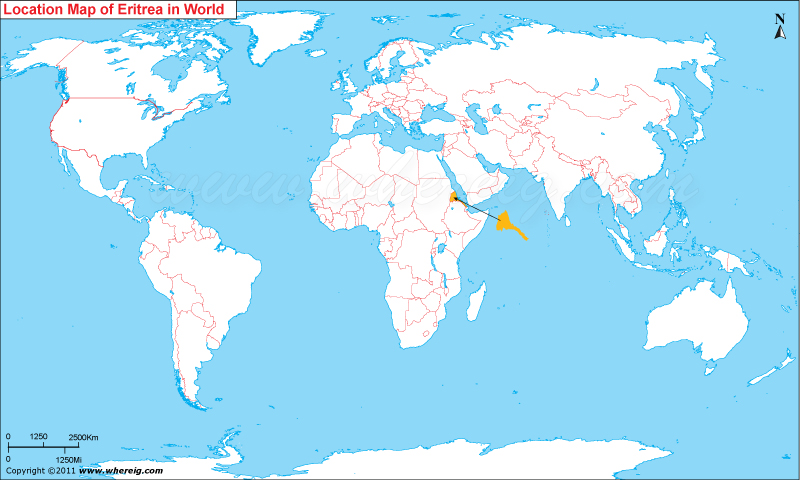 About Map: Map showing where is Eritrea located in the World.

Where is Eritrea Located?


The given Eritrea location map shows that Eritrea is located in the eastern part of Africa continent.
Eritrea map also shows that it is located on the Horn of Africa. Besides, it shares its international boundaries with Djibouti in the southeast, Ethiopia in the south, and Sudan in the west. Above all, according to its geographical area, Eritrea has long coastline on the Red Sea in the eastern side.
Eritrea has several islands in the Red Sea including the Dahlak Archipelago and many of the Hanish Islands. The capital city of Eritrea is Asmara. The small country Eritrea is governed by the People's Front for Democracy and Justice (PFDJ). There are many languages spoken in Eritrea but significant of them are Tigrinya and Arabic.

Moreover, the economy of the country is largely depends upon the agriculture. There is 80% of the population involved in agriculture and herding.