Home >Africa Map > Where is Mauritania 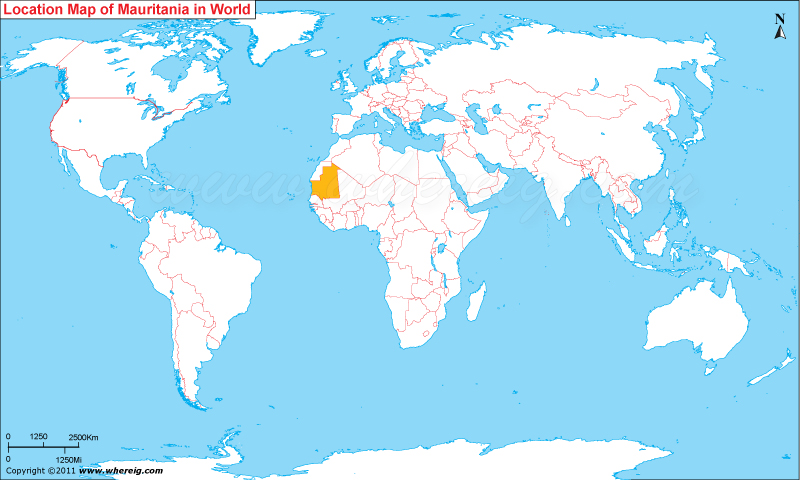 About Map: Map showing where is Mauritania located in the World.
Where is Mauritania located on the world map? The given location map of Mauritania shows that Mauritania is located in the western part of Africa continent.
Mauritania map also depicts that the country shares its international boundaries with Western Sahara in the north, Algeria in the north-east, Mali in the east and south-east, and Senegal in the south-west. Besides, Atlantic Ocean borders it from the west. Nouakchott, located on the western coast is the largest and capital city of the country.

The government type of Mauritania is Islamic Republic.

Economy of the Mauritania is largely depends upon the agriculture, fishing, and livestock. Surprisingly, the region is very rich in terms of natural resources including huge deposits of iron ore (accounts about 50% of total exports), other important mining centers those are opening or about to open in the interior part of the country are metal prices, gold, and copper mining.