Home > Where is Serbia 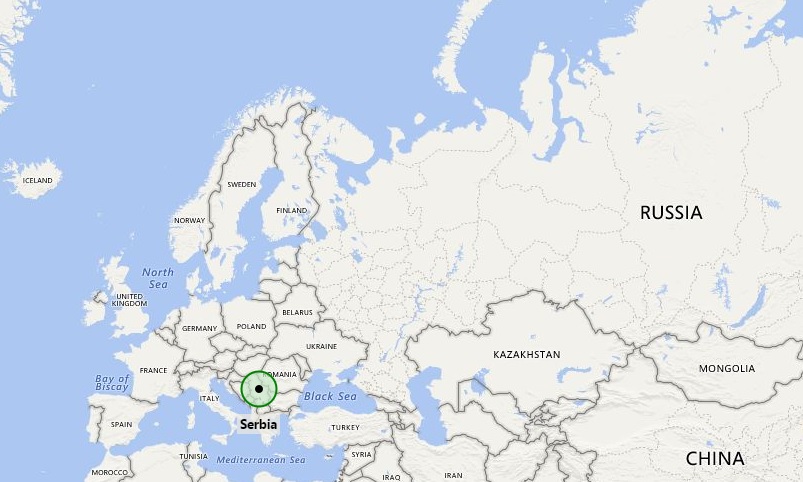 Map showing Where is Serbia located on the map?

Where is Serbia Located?

The given Serbia location map shows that Serbia is located in the central-south part of Europe continent. Serbia map also shows that Serbia is a landlocked country that shares its international boundaries with Hungary in the north, Romania and Bulgaria in the east; Macedonia in the south; and Croatia, Bosnia and Herzegovina, and Montenegro in the west.

After 88 years of struggle, in the year 2006, Serbia declared as independent. It was an effect of the parliament that asked for a constitutional referendum to replace the former Yugoslav-era constitution and create a new framework for the country by ratifying a new constitution. The government type of Serbia is a parliamentary republic. According to this political system, the executive power is exercised by the government and Prime minister is the head of government. Serbia is a member of the United Nations, Council of Europe, BSEC, and CEFTA.

The climate type of Serbia is largely of continental type; however, it varies depending upon the regions. The economy of the country largely depends upon industries and agriculture. Interestingly, Serbia produces about one-third of the world's raspberries. Besidses, Serbia is the leading frozen fruit exporter.