Home > Where is Bosnia and Herzegovina

Where is Bosnia and Herzegovina?

Location Map of Bosnia and Herzegovina 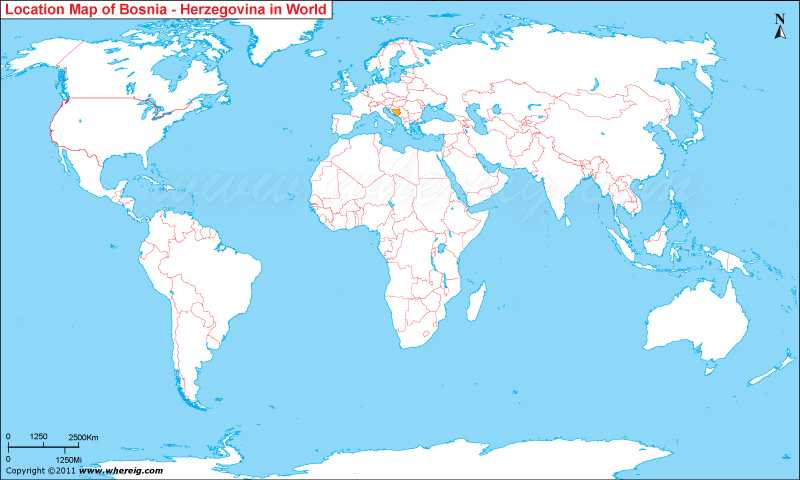 Bosnia Herzegovina shares its international boundaries with Croatia from the north, west and south, Serbia from the east, and Montenegro from the southeast. Besides, country has also about 26 km coastline opening into Adriatic Sea. Geographically, the country has diversified relief features - the interior of the country is mountainous, hills in the northwest, and the northeast part is flat surface. Since, country is almost landlocked hence; the climate type of country is continental featured by hot summer and cold, snowy winters. However, the southern tip i.e. nearby coastline, country has a Mediterranean climate.

Bosnia Herzegovina homes three ethnic groups, popularly known as "constituent people." The term is quite unique for Bosnia-Herzegovina. Among them, Bosniaks are the largest population group, whereas Serbs are second and Croats are third. Surprisingly, the terms Herzegovinian and Bosnian are maintained as a regional rather than ethnic distinction. Above all, Herzegovina has no specifically defined borders of its own.

Bosnia Herzegovina has a parliamentary democracy, which is transforming its economy into a market-oriented system. Above all, the Bosnia Herzegovina tourism is one the highest growing tourist destinations in Europe. In the year 2010, Sarajevo (the "Olympic City" and scientific, cultural, and commercial centre of the country) was nominated one of Top 10 cities to visit in 2010. Other significant tourist's places in Bosnia Herzegovina are: