Home > Where is Albania 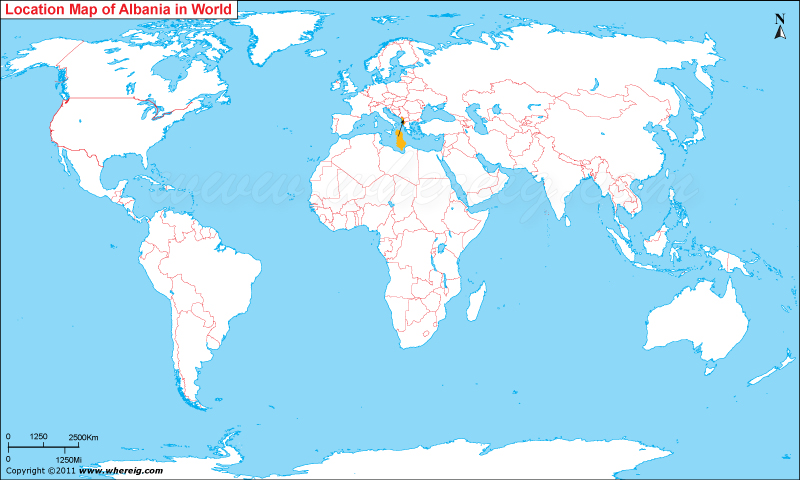 Albania officially known as the Republic of Albania is a country located in the South East of Europe in the world map.
It is bordered by Montenegro to the northwest, Kosovo to the northeast, the Republic of Macedonia to the east and Greece to the south and southeast. It is less than 72 km (45 mi) from Italy, across the Strait of Otranto which links the Adriatic Sea to the Ionian Sea. The Albanian capital, Tirana, is home to approximately 607,467 of the country and it is also the financial capital of the country.

Albania was chosen as the top country in Lonely Planets list of ten top countries for 2011. Albanian Riviera and Alps are its most popular natural features. Berat (the town of a thousand and one windows), Durres,(the old port city of Dyrrhachium), Gjirokaster(the city of stone), Kruje (the balcony over the Adriatic sea), Tirana, Vlore,(the city of olives and grapes), Lezha,(the historic diplomatic capital of Albania),Pogradec,(the poets city), Sarande,(the honeymooners city) are its attraction beauty.