Mauritius, is an island country in the Indian Ocean, located off the eastern coast of Africa Continent. 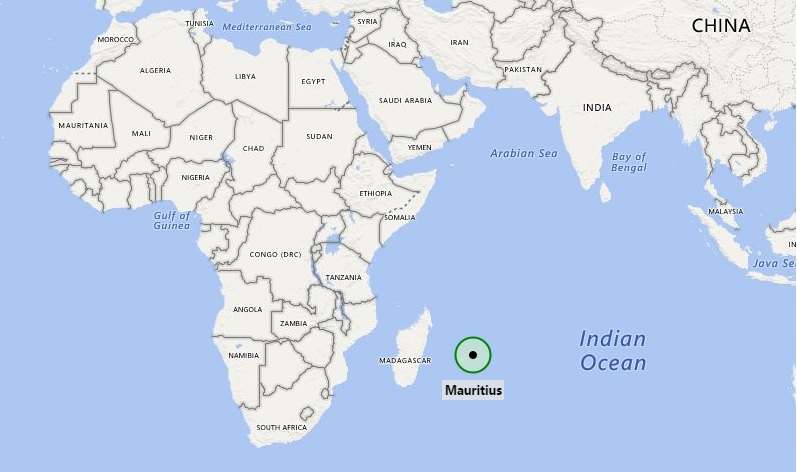 About Map: Map showing where is Mauritius located in the World. View Large Map of Mauritius

Mauritius is located in the south-west of Indian Ocean and off coast of south-east Africa continent. Mauritius map also depicts that it is a group of island situated about 900 km east of Madagascar. The Mauritius location map shows the exact geographic location in the World. It is the 170th largest nation in the world by size.

The geographical area is merely 2040 km2 and the capital city is Port Louis. The significant languages of the country are Mauritian Creole, French, and English. However, the official language is English but the lingua franca is Mauritian Creole and the newspapers and television programs are generally in French.

The government type of Mauritius is a parliamentary republic. it is a member of the African Union, Southern African Development Community, the Common Market for Eastern and Southern Africa, La Francophonie and the Commonwealth of Nations.

The region comprises many ethnic groups; important of them are Asian, African, Chinese and French. The location in Indian Ocean and tropical climate collectively attract tourists from all over the world. Mauritius tourism has substantial contribution in the country’s total revenue. However, other economic activities of region are sugarcane plantations, textiles, services, seafood processing, information technology, and of course medical tourism.

What to See in Mauritius?