Home >Africa Map > Where is Botswana 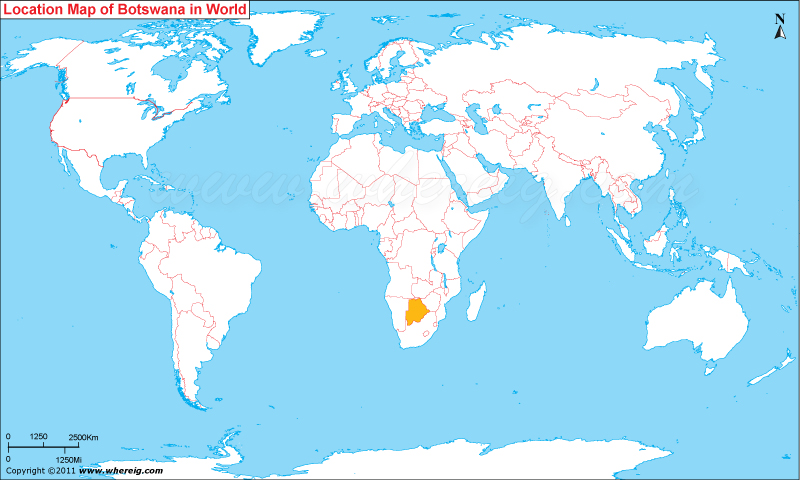 About Map: Map showing where is Benin located in the World.
The given location map of Botswana shows that Botswana is located in the southern part of Africa continent. Botswana map clearly shows that the country is landlocked country which shares its international boundaries with South Africa form south, Zimbabwe from north-east, and Namibia from north and west.
It is also clear from the map of Botswana that geographically the country is almost flat and about 70% of country is covered by the Kalahari Desert. Besides, Tropic of Capricorn passes through this country. Generally, the citizens of Botswana are known as "Batswana" (singular: Motswana). In fact, formerly it was known with different name after independence Botswana adopted a new name.

The economy of the country depends upon the natural recourses including diamonds, copper, nickel, gold, and soda ash. Uranium and coal is also found in Botswana. Besides, the Botswana has big beef market.
Moreover, the Botswana tourism is quite popular among the tourists across the world. The reason behind Botswana tourism is the national park and tourists places. So, it is really great fun to take round of Botswana safari.