Where is Western Sahara Located 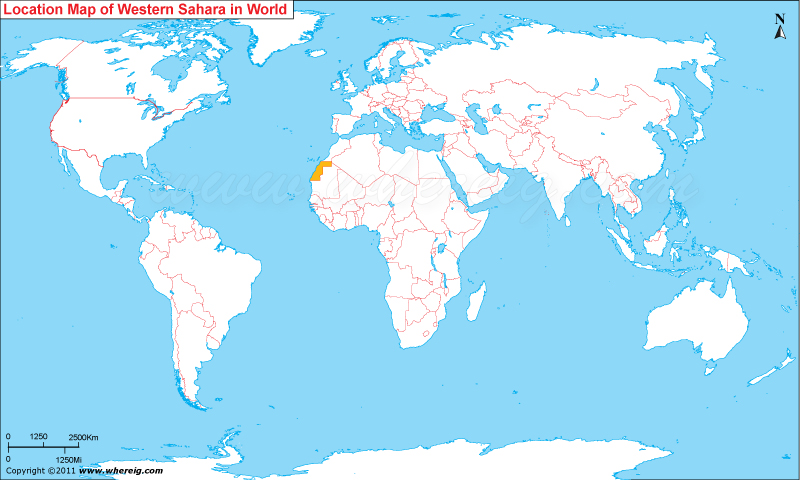 The country is one of the sparsely populated regions of the world. Laayoune is the largest city where most of the people live. Politically, Western Sahara is considered as non-self-governing territory since 1963 by United Nations. This is the year when Morocco demanded the territory from Spain. Hence, it is disputed territory claimed by Morocco. Furthermore, as per the ceasefire agreement held in 1991, the large part of the region is controlled by Morocco.
The economy of the region largely depends upon the mining and fishing. The rich phosphate deposits is one of the most exploited natural resources in the region.