Where is Vancouver, Canada?

Vancouver is a seaport city in western Canada, located in the Lower Mainland region of British Columbia. 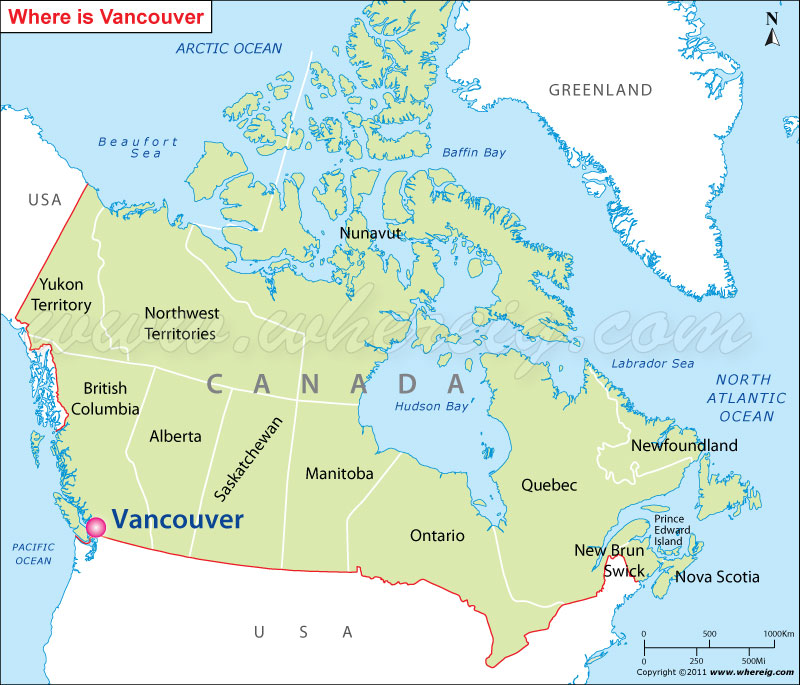 About Map: Map showing Location of Vancouver in the Canada Map

Where is Vancouver Located?

Vancouver City is located in the Lower Mainland of British Columbia, West Canada. The city has coastal location at Eastern Pacific Ocean. The city was first time explored by the British Captain George Vancouver, and hence the name of city has been given after explorer's name.

Along with the metropolitan area, Vancouver is the third-largest city in Canada. The city is the largest and most populous city in the south-western Canada. In 1886, the city has been incorporated and in the passage of time it has experienced tremendous growth. The evolution of railways and sea-port in the city has changed the scenario of Vancouver.

So, the economy of the city depends upon the various sectors including forestry, tourism, software development, biotechnology etc. In addition, Vancouver is the third largest film production center in entire North America; the other two are - first one is Los Angeles and second one is New York City. In terms of most livable city, Vancouver has good position. The city remains center for the many events and international games.

Places to See in Vancouver