India, officially the Republic of India (also called Bharat), is a country located in Southern part of Asia Continent. It is the 2nd most populous country, the 7th-largest country by land area. 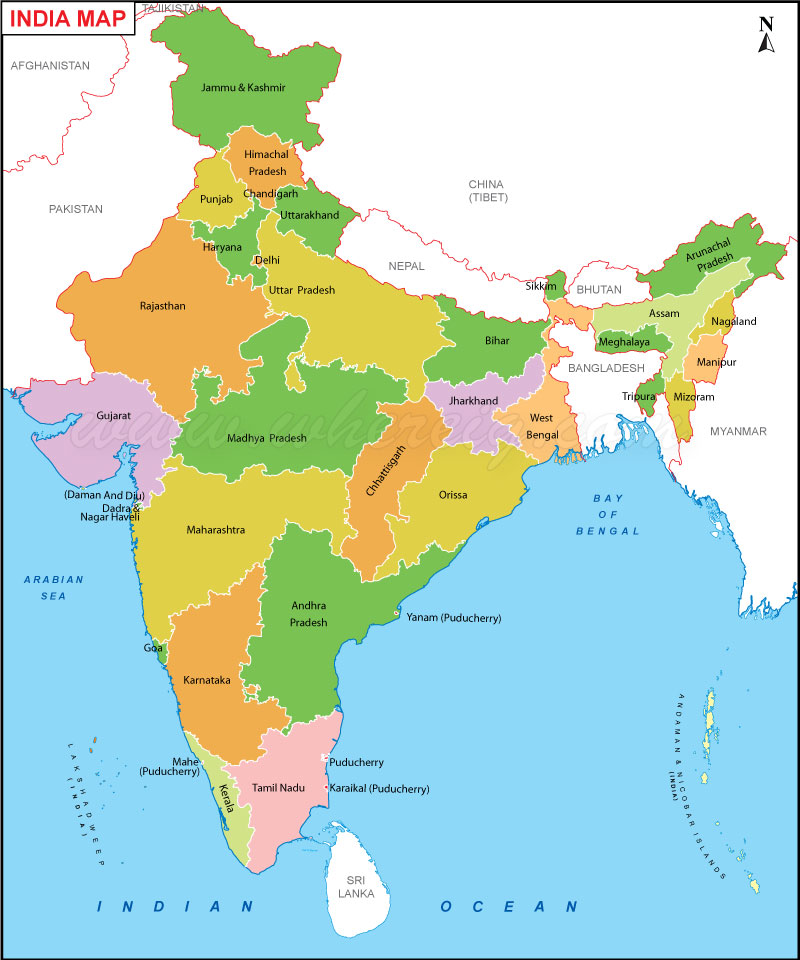 India, officially the Republic of India is a country in South Asia. It is the seventh-largest country by area, the second-most populous country with over 1.25 billion people and the most populous democracy country in the world. Its lies the geographical coordinates of 20º North latitude and 77º East longitude.

The neighboring countries of India are Afghanistan, Pakistan, China, Nepal, Tibet, Bangladesh, Myanmar and Sri Lanka. India is located in southern Asia with Bay of Bengal on its eastern side and Arabian Sea on its western side. It is located on the geographical coordinates of 20º North and 77º East latitude and longitude, respectively. The country covers an area of about 3,287,590 sq km. Kanchenjunga, located at an elevation of 8,598 meters is the highest point of India. This country has got a long coastline of 7,000 km.

India is surrounded by Afghanistan and Pakistan in the north-western side, China, Nepal and Tibet on the north-eastern side, Bangladesh and Myanmar in the eastern side and Sri Lanka in the southern side. The bordering countries are clearly shown on the India political map.

New Delhi is located on the geographical coordinates of 28° 36' North latitude and 77° 12' East longitude. It is situated at an elevation of 210 meters above sea level. While Indira Gandhi International Airport is the airport in the city for international flights to India , domestic airports adjacent to the IGI Airport operate flights to other cities within India.

There are a total of 28 states and 8 Union Territories in India. The states of India along with their capital cities are as follows:

The Union Territories of India are: