Where Is Dallas, TX?


As shown in the given Dallas location map that Dallas is located in the southern part of the United States and central-north of Texas. 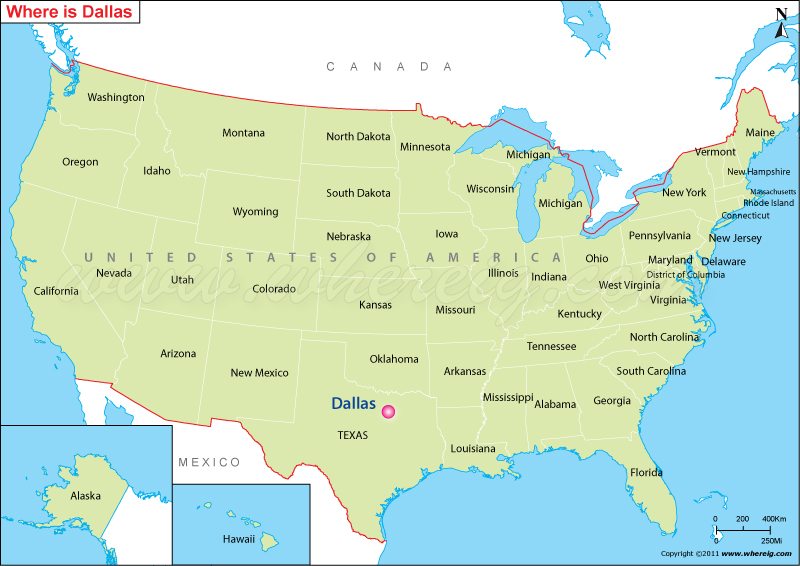 Map showing Location of Dallas in the State of Texas, USA

Where is Dallas Located?


Dallas and surrounding metropolitan area is the largest metropolitan area in the southern region and fourth-largest in the country. Primarily, Dallas was founded in the year 1841; however, it is incorporated as city in the year 1856. Since that time city has experienced substantial development. The city's importance arose due to its historical and economic importance as a center for the oil and cotton industries along with its position and numerous railroad lines.

Today, the economy of the city depends upon various sectors including commerce, telecommunications, banking, computer technology, energy, and transportation, home of several Fortune 500 companies. Furthermore, Dallas developed as a strong industrial and financial sector, and a major inland port. Above all, Dallas/Fort Worth International Airport is one of the largest and busiest airports of the world.