Where is Puerto Rico on the Map?

Puerto Rico is a Caribbean island and unincorporated territory of the United States. It is located in the northeastern Caribbean Sea, It lies approximately 40 miles (65 km) west of the Virgin Islands, 50 miles (80 km) east of the Dominican Republic and 1,000 miles (1,600 km) southeast of the U.S. state of Florida. 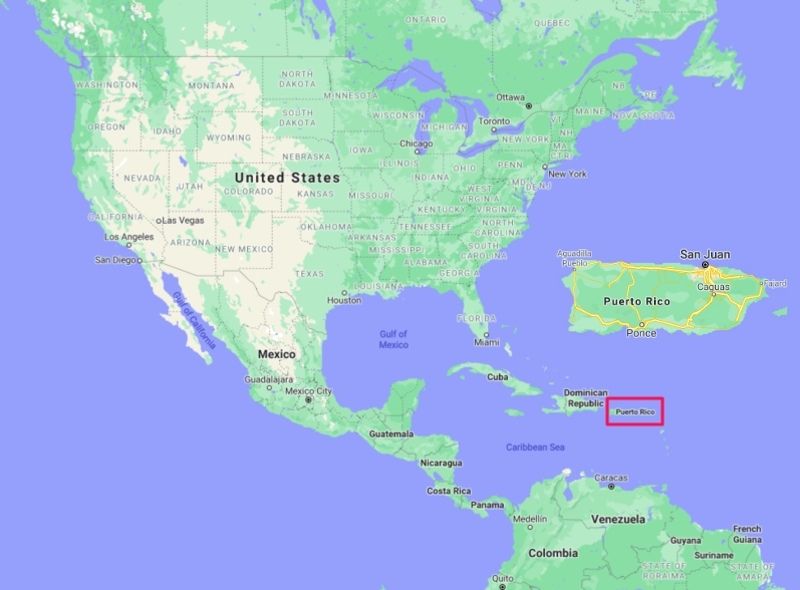 Where is Puerto Rico Located?

Puerto Rico, officially Commonwealth of Puerto Rico, It is located on the continent of North America, in between the Caribbean Sea and the North Atlantic Ocean, east of the Dominican Republic and west of the Virgin Islands. The capital and largest city is San Juan. Puerto Rico covers an area of 3,515 sq mi (9,104 km2), with popuation of 3,285,874 as of 2020 U.S. census.

One of Latin America and the Caribbean's most competitive and dynamic economies has been Puerto Rico. The economy of Puerto Rico is based on manufacturing like pharmaceuticals, textiles, petrochemicals, and electronics, followed by services such as finance, insurance, real estate, and tourism.

Puerto Rico has everything you could possibly want in a sunny Caribbean vacation resort. All types of beach lovers, from couples and families to dedicated surfers, are attracted to the stunning palm-lined beaches, some of which have mild, quiet waters lapping the golden sand and others that have tremendous waves and renowned surf breaks. Puerto Rico is a complicated island with a clear American influence on top of the Spanish Caribbean culture. With its American brand restaurants and other luxuries connected to the mainland USA, San Juan makes this particularly clear. If you travel deeper, you will come across charming towns, tiny villages, stunning islands, caverns, and a rough rocky interior. Some of the tourist destinations are Castillo de San Cristobal, El Yunque National Forest, El Morro Fort, Old San Juan, Culebra Island, Vieques and Bioluminescent Bay, Catedral de San Juan Bautista, Cayo Icacos, Luquillo Beach and so on.

Puerto Rico Where to Visit

The top attractions to visit in Puerto Rico are: