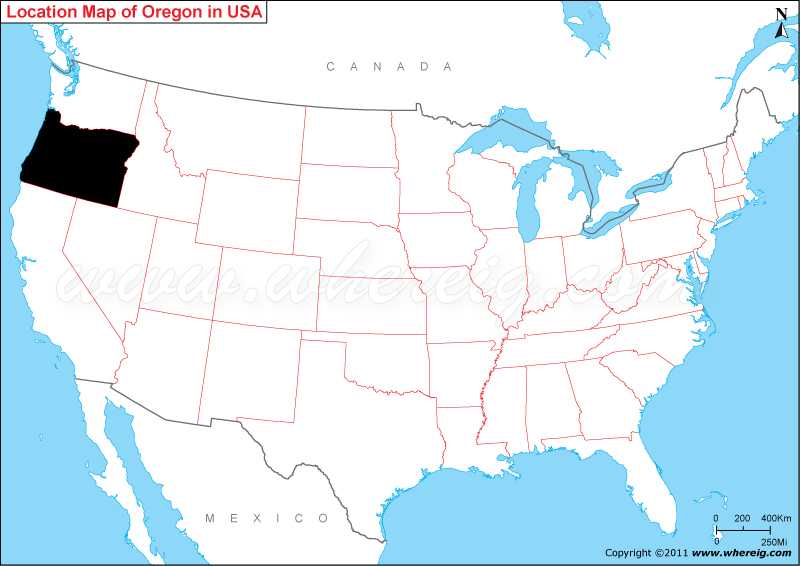 Map showing location of Oregon on the US map.


Where is Oregon Located?

As shown in the Oregon location map that Oregon is located in the Mid-western part of the United States. Oregon map also shows that it shares its border with Washington in the north, Idaho in the east, Nevada in the south-east, and California in the south. Besides, Pacific Ocean lies in the west of the Oregon.
Capital city of Oregon is the Salem but the largest city of state is Portland. Geographically, the state has very much diverse feature ranging from Pacific coast in the west to the large desert in the eastern part of state; however, in between volcanoes, glaciated Cascade Mountains, dense evergreen forests, and waterfall lie.
Agriculture has larger contribution in the Oregon’s economy; the important crops are hazelnut, potatoes, peppermint, hops, apples and other fruits.