Nevada is the 7th-most extensive, the 19th-least populous US states. The state of Nevada is famous for its thriving tourism and mining industries. The capital of NV is Carson City and the largest city is Las Vegas. Nevada hotels can accommodate all types of visitors. McCarran International Airport is the main airport of the state, serving many domestic and international destinations round the year. 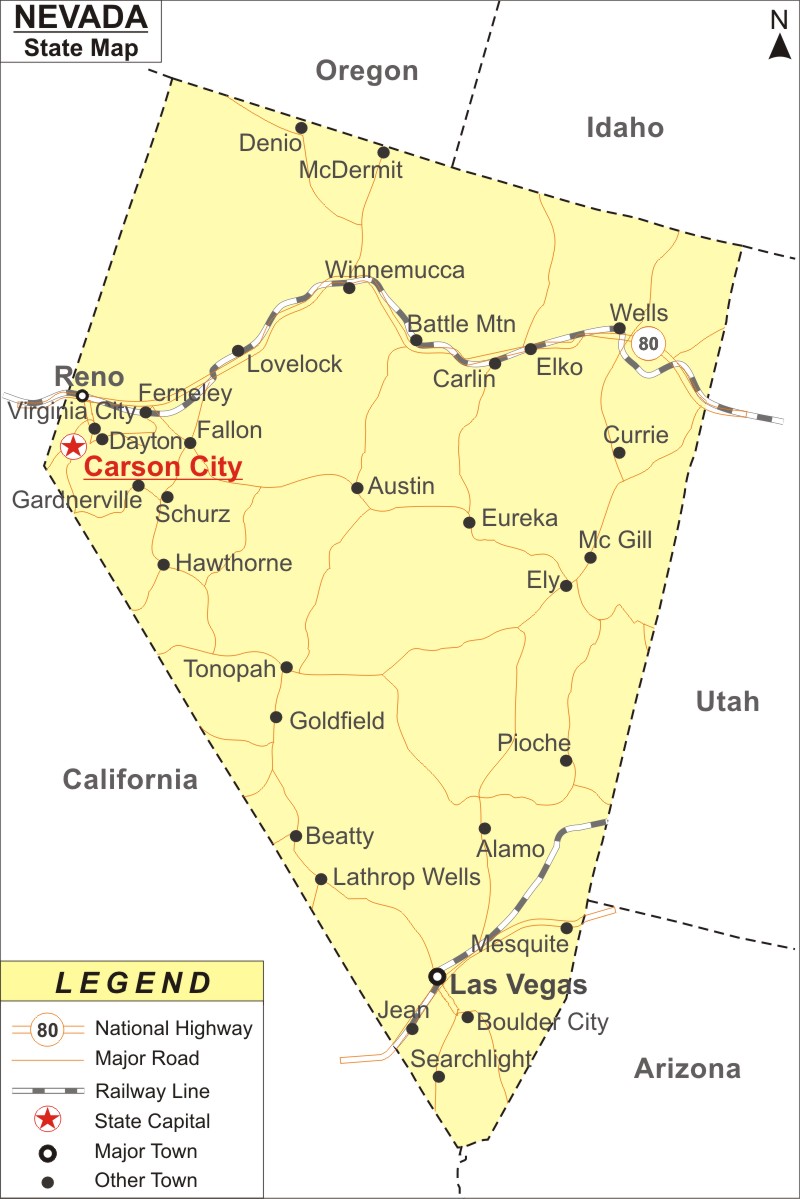 Nevada is a big state in the western part of the United States. By area, it is the seventh biggest state in the country. Nevada covers a total area of 110,562 sq miles and its neighboring states are California, Oregon, Utah, Idaho, and Arizona. First time visitors should use a Nevada Map for exploring the Silver State. The state of NV is admired for tourist attractions such as the Sierra Nevada Mountains, Mojave Desert, Lake Tahoe, Reno, and Las Vegas renowned for its casinos and poker rooms (nicknamed Sin City and The Entertainment Capital of the World). The capital of NV is Carson City and Las Vegas is the largest city. Nightclubs, casinos, poker tournaments and top-notch restaurants characterize Las Vegas.

The state of NV contains the following tourist draws:

The biggest industry in the state is tourism. The mining industry also makes a significant contribution. Other industries include publishing and printing, machinery, electric devices, and food processing.