Washington County Map, List of Counties in Washington with Seats

The U.S. state of Washington is divided into 39 Counties. Explore the Washington County Map, all Counties list along with their County Seats in alphabetical order and their population, areas and the date of formation. 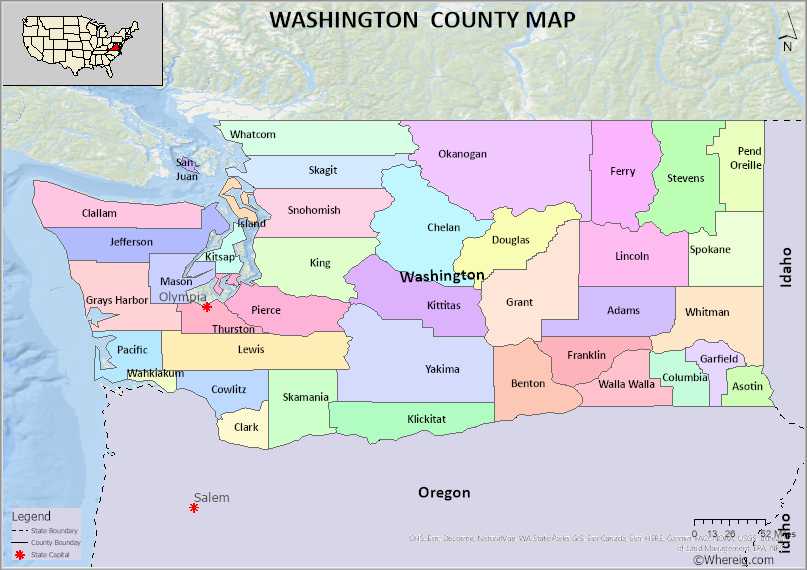 About Counties of Washington

U.S State of Washington is located in the western part of the country. Washington is the eighteenth biggest state in its size having the area of 71,362 square miles. The state ranked as the 13 most populous states in the country. The state was admitted to the Union in the year 1889 as the forty-second state of the country. The state shares the borders with Pacific Ocean and Oregon in the south, Idaho in the east, British Columbia which is the Canadian province in north. The capital city of the state is Olympia. Most of the state’s population reside in the state’s largest city called Seattle.

The U.S. state of Washington has 39 Counties. This is list of Washington Counties and County Seats in alphabetical order along with check their population, areas and the date of formation.