Map of Indiana (IN Map)

Indiana is in the Midwestern and Great Lakes regions in North America. It is the 15th most populous state of all the 50 states in US. The capital of Indiana is Indianapolis. 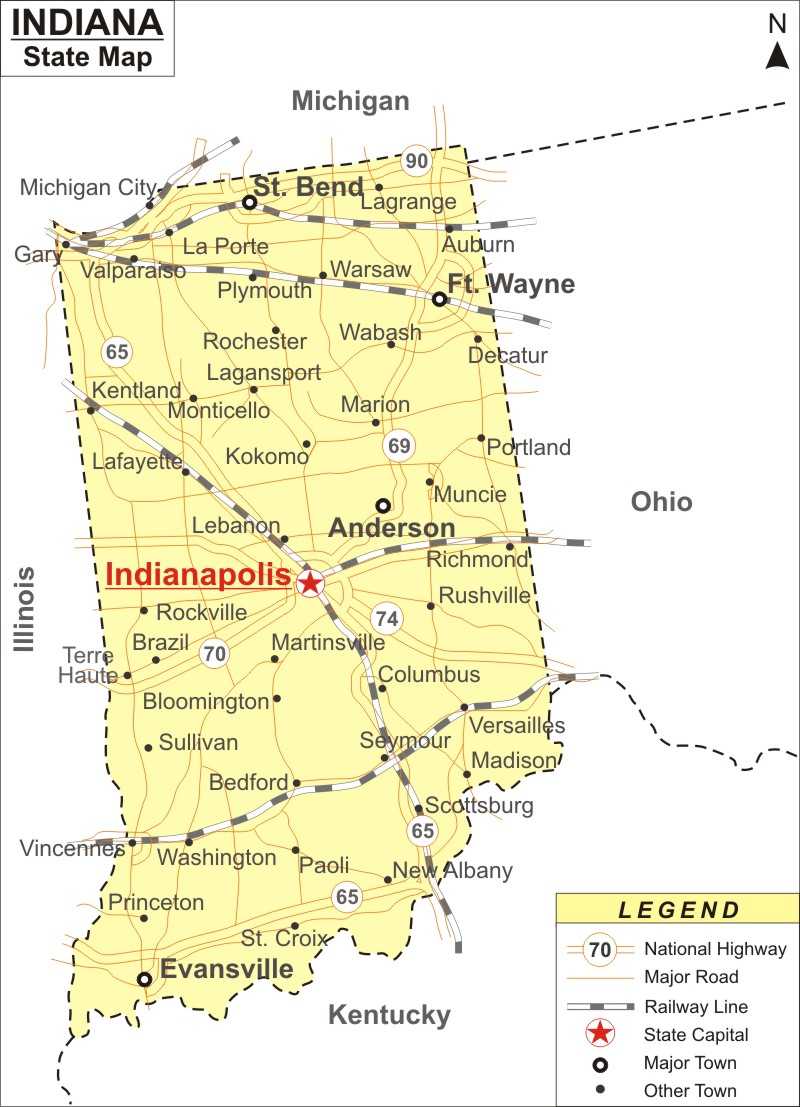 Indiana, the 19th state of the United States, is situated in the Midwestern region of the country. The state is famous for its sport teams and higher educational institutions. The state of IN covers a total area of 36,418 sq miles. The bordering states of Indiana are Kentucky, Ohio, Michigan, and Illinois. An Indiana Map can guide the visitors to every nook and corner of The Hoosier State. The capital and largest city of the state is Indianapolis.

The exact location of the state, which is on the eastern corner of north-central United States, is shown in the map. The map also locates the rivers and lakes. Indianapolis, the capital city, is prominently marked. Towns like Anderson, Evansville, Ft. Wayne and St. Bend are also shown along with their respective geographical standing. Other cities and towns such as Scottsburg, Rockville, Madison, Princeton, Kokomo, New Albany, Martinsville, Marion, Lagrange, Gary, Lafayette, Rushville, Bloomington, Monticello, Decatur, and several others are indicated in the Indiana map. The extensive road network of 93,606 miles is vividly marked. Also, the railway routes that collectively cover 4,685 miles are shown on the Indiana map. As a whole, the map offers an all-encompassing overview of the state, especially for those that are visiting for the first time, and is a significant illustrative guide that provides a lot of information regarding the area.

The state of IN houses the following popular tourist destinations: