Vermont County Map, List of Counties in Vermont with Seats

The U.S. state of Vermont is divided into 14 Counties. Explore the Vermont County Map, all Counties list along with their County Seats in alphabetical order and their population, areas and the date of formation. 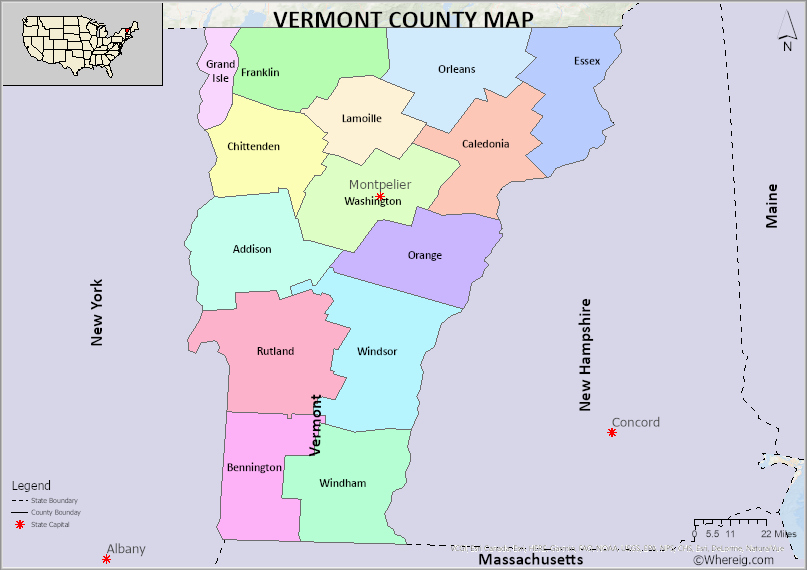 About Counties of Vermont

The U.S. state of Vermont has 14 Counties. This is list of Vermont Counties and County Seats in alphabetical order along with check their population, areas and the date of formation.