Where is Paris, France?

As shown in the given Paris location map that Paris is located on the river Seine in the north-west part of France. Located at the heart of the Ile-de-France region, Paris is the largest and capital city of France. 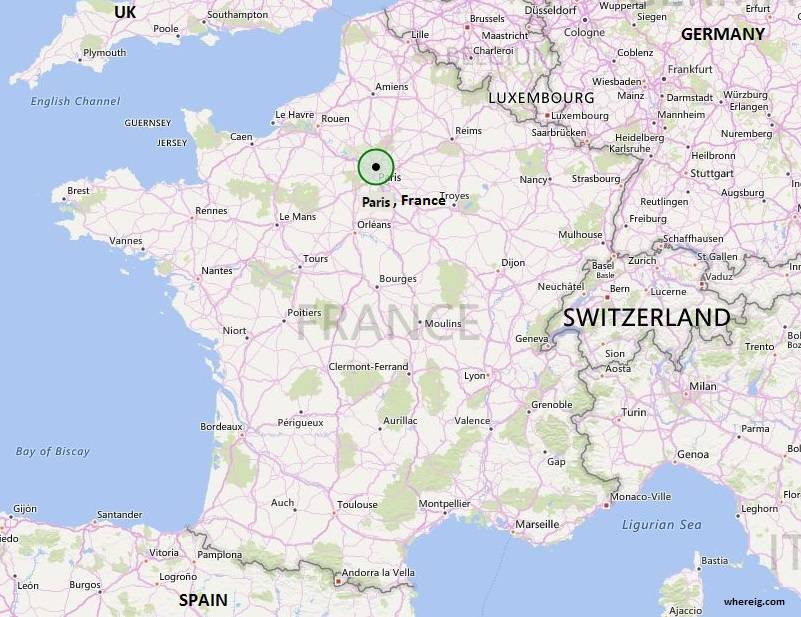 About Map: The map showing location map of Paris in France.

Where is Paris Located?

Paris is the capital and most populous city of France, located on the river Seine in the north-west part of France. As per the report published by the Financial Times - Paris was ranked in top three most important influential cities in the world. In the present world, Paris is leading political, education, entertainment, fashion, science, cultural, and business center in the world. Besides, Paris is listed in top 10 greenest European cities in the year 2010.

Apart from this, Paris also hosts several international organizations including UNESCO, the International Chamber of Commerce (ICC), the Organization for Economic Co-operation and Development (OECD), and the informal Paris Club.

Moreover, Paris is the most popular tourist destination of the world. It receives millions of tourists national as well as international every year. Paris city has number of beautiful landscapes and point of interests. Most important of them are the Eiffel Tower, some of the world-famous institutions, and popular amusement parks.

Places to Visit in Paris